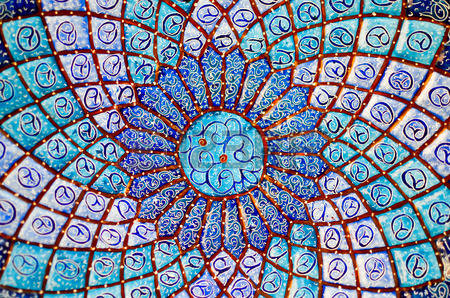 Under the patronage of HH the Emir of the State of Qatar and based on the reconciliation accord held in Cairo under the auspices of the sisterly Arab Republic of Egypt between the Palestinian President Mahmoud Abbas and Chief of the Palestinian Islamic Resistance Hamas Politburo Khalid Mishal, a meeting was held between them in Doha on 5 February 2012 where a review was made of the steps taken so far to implement the reconciliation accord, related mechanisms and the obstacles which hindered its execution, and the need to overcome them was stressed.

And out of a spirit of responsibility, frankness, transparency and insistence on honest and accurate implementation of all articles of the reconciliation accord it was agreed on the following:

First: To continue the steps to revitalize and develop the Palestine Liberation Organization (PLO) through the reformation of the Palestinian National Council (PNC) consistent with the presidential and legislative elections.

It was also agreed to hold the second meeting of the ad-hoc committee on revitalizing and developing the Palestine Liberation Organization (PLO) in Cairo on 18/2/2012.

Second: Forming the Palestinian National Reconciliation Government of technocrats under President Mahmoud Abbas and which would be in charge of facilitating the presidential and legislative elections and start the reconstruction of Gaza.

Third: Stressing the need to continue the works of the committees which have been formed - namely the Public Freedom Committee (assigned to tackling the dossiers of the detainees, institutions, freedom of travel, the return of the national cadres to the Gaza Strip, the passports of travel and freedom of action) and the Community Reconciliation Committee.  In this context, President Mahmoud Abbas informed those meeting that 64 detainees were released within the framework of the accord on releasing all the detainees.

Fourth: Asserting on implementing what have been agreed upon in Cairo to start the work of the Central Elections Committee in the West Bank, the Gaza Strip and Al Quds.

President Mahmoud Abbas and Khalid Mishal expressed their deep thanks and appreciation to the efforts HH the Heir Apparent Sheikh Tamim bin Hamad al-Thani has exerted for completing the reconciliation process and ending the partition and division on the Palestinian arena to contribute to enhancing the Palestinian national unity for maintaining steadfastness, terminating the occupation and enabling the Palestinian people to restore and regain all their legitimate rights, including the establishment of their independent Palestinian state with Al Quds as-Sharif as its capital.