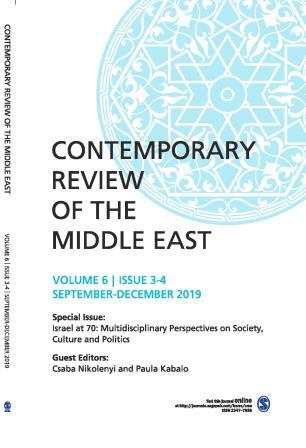 Israel Studies: “Here” and “There”

A Language for Israel: The Role of Translation in Building the Resources

Neurotic Fantasy: The Third Temple As a Metaphor in the Contemporary

Through Pedagogical and Social Links with the United States

Pan-Jewish Solidarity and the Jewish Significance of Modern Israel:

A Life to Remember: Yehuda Even Shmuel’s Memorialization of His

Son, Shmuel Asher Kaufman and the Crisis of His Zionist Vision

Mamlakhtiyut from Across the Ocean: Ben-Gurion and the

The Conflict Over Land Ownership and Unauthorized Construction in

A Nomadic State of Mind: Mental Maps of Bedouins in the Negev and

Sinai During the Time of the Ottomans, the British Mandate, and the

Setting Up Shop for Israel Advocacy—Diaspora “Retailers” and the Israeli

“Wholesalers” in the Early Years of Israeli Diplomacy

Party Switching in Israel: Understanding the Split of the Labor Party