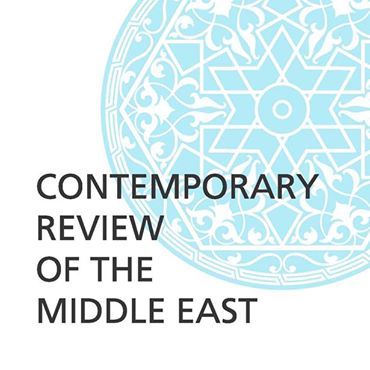 2) Clash of National Narratives and the Marginalization of Kurdish-Iranian History By Marouf Cabi; pp. 335–355

Abstract: This article examines in a Kurdish-Iranian context the origins of Iranian and Kurdish national narratives that go back to the process of the transformation of historical consciousness in the nineteenth century. At the same time, it aims at making central to Iranian history a perception of Kurdish-Iranian history, which has largely remained both a marginalized and an understudied subject. In contrast to these national narratives’ construction of the past and their definitions of people, “Kurdish-Iranian” refers to an approach that simultaneously attempts to demarginalize Kurdish (social) history and highlight the impact of almost a century of socioeconomic transformation of Iran on the Kurdish society. An analysis of these narratives’ origins is required to understand the way they interpret history and define concepts. This approach and the absence of such an analysis in both Kurdish and Iranian studies provide for the originality of this article and, inspired by what I hold to be the ascendancy of national narratives due to recent regional and political developments, its immediacy. Methodologically, it is based on theories of nation and nationalism, in general, and the accompanying literature on the formation of modern Iranian national identity, in particular.  Read More

Abstract: Inequity occupies an important place in the ongoing global debate on health care accessibility. Israel, with its culturally diverse population and global reputation for an advanced health system, stands to be an ideal case to examine this subject. Economic disparity and geographical barriers are well-documented themes in the extant literature on accessibility gaps. However, the centrality of cultural factors in health care accessibility gaps remains understudied, especially in case of Israel. This study attempts to bridge the gap by examining cultural barriers to health care in Israel, within the conceptual framework of concordance using four communication variables, namely, language, gender, religion, and ethnicity. Based on the analysis of secondary information and primary data collected from field study in the city of Tel Aviv during February 2016, the article discusses how language and gender are main cultural barriers to health care in the study area, while religion and ethnicity do not influence health access significantly.   Read More

Abstract: The 2016 Omani Municipal Council election was held in the backdrop of the economic problems facing the Gulf States due to the decline in international oil prices. Hence, the cut in social security and continued concerns over economy were major issues. This was partly responsible for a low turnout, though a free and fair election was an important takeaway. In comparison to the previous municipal council election, more female candidates were elected and joined the council in 2016. Whereas various encouraging developments can be assuaged including the evolution of the electoral process, growing participation of women, and use of new state-of-the-art technology, the pace of democratization remains painfully slow.  Read More