Commentary 689: The 2021 Israel-Hamas war—who won, who lost and how to prevent a fifth round. 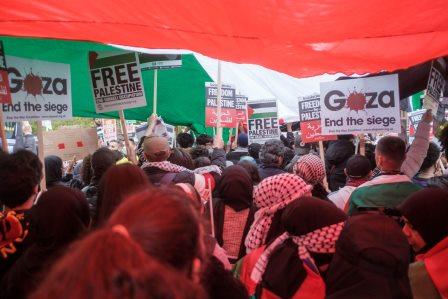 For the fourth time since the Islamist militant group seized the Gaza Strip in June 2007 from the Palestinian Authority, Israel and Hamas went to war. The earlier wars took place in 2008, 2012, and 2014. Fortunately, thanks to US and Egyptian diplomacy, the casualties in the most recent fighting, which lasted 11 days, were fewer than the last round in 2014 when the fighting went on for 51 days. Thus, 250 people were killed in the conflict, roughly a tenth of those killed in the 2014 war. The question that immediately comes to mind is who won the war since both Hamas and Israel claimed victory.

On the surface, it looks like Hamas emerged as the political victor, although at a high cost in both lives and infrastructure destruction for the two million Palestinians living in the Gaza Strip. In its contest with the Palestinian Authority led by Mahmoud Abbas, Hamas was able to demonstrate that by “standing up to Israel” and firing rockets into Tel-Aviv, it deserved to be the leader of the Palestinians, and it got some resonance for its claims not only on the Israeli-occupied West Bank and East Jerusalem but also in Israel proper where inter-communal fighting broke out between Israeli Jews and Arabs in the mixed cities of Lod, Haifa, Jaffa and Acre. Hamas was also able to win the sympathy of left-wing Democrats who had long been angered by Israeli Prime Minister Benjamin Netanyahu’s close relationship with the Trump Administration.

Yet Hamas also claimed it went to war to protect the Al-Aqsa Mosque and East Jerusalem and began its rocket barrage on Israel when the latter rejected its ultimatum to stand down from the Temple Mount/ Haram al-Sharif where the Al-Aqsa Mosque is located. After the ceasefire, however, Israel returned to its tough measures on the Temple Mount/Haram al-Sharif, arresting Palestinians who were carrying the Hamas flag, and Hamas, so far at least, has done nothing. If it refrains from firing rockets as Israel tightens control over the Temple Mount/Haram al-Sharif, the credibility of Hamas may be called into question, as well as its leadership of the Palestinians. In addition, none of the countries that had recently established relations with Israel(namely UAE, Bahrain, Morocco and Sudan) broke off diplomatic relations or even withdrew their diplomatic officials, which limited the impact of the Hamas’ “victory”.

Another apparent victor in the war is Netanyahu. Before the outbreak of the war, an opposition coalition was forming under Yair Lapid of the Yesh Atid (There is a future) Party that had a reasonable chance of forming a new ruling coalition. Because of the war, however, Naftali Bennett, who had the opportunity to serve first as Prime Minister in a coalition government headed by Lapid, dropped out of the coalition talks (how permanently remains to be seen), as did Mansour Abbas of the Israeli Arab Ra’am Party, who also may rejoin the coalition talks now that the fighting is over. Even if Lapid, who, along with Bennett may turn out to be the major losers in the war, cannot form a coalition, and Israel goes to its fifth election in little over two years; there is no guarantee that Netanyahu will win.

According to Israeli public opinion polls, more than half of Israeli Jews (80 percent of the Israeli population) feel that the ceasefire was premature and that Israel should have continued the war until Hamas, an organization dedicated to the destruction of Israel, was decisively defeated. The end result might be that Netanyahu will go down to defeat if there is another election.

A third victor in the war is Egyptian President Abdel Fattah al-Sisi. Thanks to his efforts to help the US secure a ceasefire, Sisi was at least partially able to compensate for his human rights violations which had angered US President Joe Biden and re-establish good working relations with Washington. A fourth victor was Biden himself. Unlike his Democratic predecessor Barack Obama, who took 51 days to end the 2014 war, Biden did it in eleven. In addition, unlike Obama, who alienated Netanyahu both before and during the war by criticizing him publicly, Biden preferred quiet diplomacy and maintained his personal relationship with Netanyahu.

Although his victory may not be clear for a while, a fifth victor in the war is Mansour Abbas. As intercommunal fighting raged in Israel, Abbas went to a synagogue in Lod that Arab rioters had burned down and offered his support in rebuilding it. In doing so, in the face of opposition from his own Party and other Israeli Arabs, he took a major step toward rebuilding trust between Israeli Jews and Arabs. The move by Abbas was particularly important because Israeli extremists, among them right-wing politicians, will try to exploit the intercommunal fighting to enhance their political positions.

Yet, despite the winners and losers, given how the war ended, there is every likelihood that a new war will break out in another four or five years unless something is done now. What has to be done is to link the multi-billion dollar reconstruction aid for Gaza, which the US should organize, to Hamas changing its position—and its charter—calling for Israel’s destruction. If Hamas accepts, this would make reconciliation with the Palestinian Authority much easier, and the Palestinians could present a united front toward negotiating a two-state peace agreement with Israel. Should Hamas not agree, the onus would be on it, and the organization would lose support both in the region, among left-wing Democrats in the US and among those Palestinians who do not want to face a devastating war every few years. This may be the only way to avoid a future war. 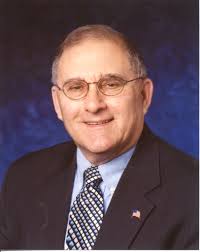 Dr. Freedman is the Professor emeritus at Baltimore Hebrew University and visiting professor at of Political Science at John Hopkins University.  rofreddman@comcast.net