Commentary 611: The EU’s Reaction to Tension between the US and Iran 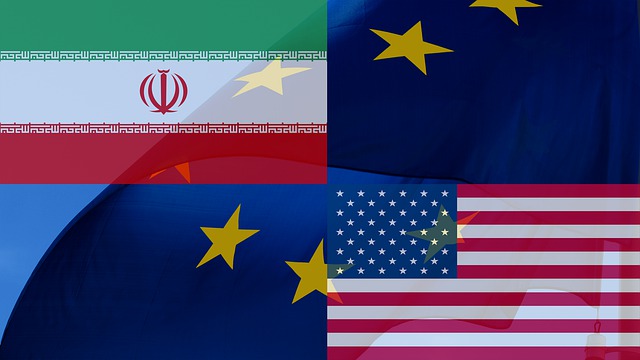 The European Union (EU’s) policy on the tension between the US and Iran follows two lines: one is to keep to the agreement on the Iran nuclear deal – the Joint Comprehensive Plan of Action (JCPOA) – which was agreed upon July 14, 2015 in Vienna. The other is to maintain a distance on Iran’s policy towards Israel, and its presence in neighbouring Arab States including Yemen. The JCPOA has been in force since October 18, 2015 and it was implemented on January 16, 2016. The signatories were China, France, Germany, the EU, Iran, Russia, United Kingdom and United States.

The JCPOA includes reductions both in the stockpile of Iranian medium-enriched uranium and of its stockpile of low-enriched uranium by 98 per cent. It also required Iran to reduce its gas centrifuges by around two-thirds within 13 years. The Iranian enrichment of uranium was limited to 3.67 per cent for 15 years, and the agreement forbid Iran to construct any new heavy-water facilities during the same period. The IAEA was tasked with monitoring and verifying that Iran acts in compliance with the agreement. Iran also had to accept that the UN arms embargo continues for another five years and the ban on import of ballistic missile technology for up to eight years. If Iran did fulfil all conditions, in return it was given relief from the nuclear-related sanctions of the US, EU and the UN Security Council.

Even before the agreement became official, Donald Trump deemed the Iran deal as defunct. He stated in his tweets that he considered the agreement as completely unacceptable. On May 8, 2018 the US withdrew from the JCPOA. His criticism of the JCPOA in toto is mostly that the unfrozen accounts yielded about US$100 billion for Iran, that the deal does not prevent Iran from testing ballistic missiles, that the inspectors have limited monitoring powers, and furthermore, that some parts of the agreement are not permanent, and finally, Iran has not "lived up to the spirit" of the agreement.

The reaction from the EU to the US withdrawal was a joint statement saying that the UN Security Council resolution endorsing the nuclear deal remained the binding international legal framework for the resolution of the dispute. The EU underlined that it deeply regrets the announcement by US President Trump to withdraw from the JCPOA. Since the agreement, unanimously endorsed by UN Security Council Resolution 2231, is a key element of the global nuclear non-proliferation architecture and is crucial for the security of the region, and as long as Iran continues to implement its nuclear-related commitments, as it has been doing so far which is confirmed by the IAEA in ten consecutive reports, the EU will remain committed to the full and effective implementation of the nuclear deal. The EU has stated repeatedly that it disagrees with the US, and it calls on the US to come back and support the deal.

The EU had struggled to devise a workable legal framework to shield its companies from the effects of US sanctions, which came into effect in November 2018, and has tried to deter firms from pulling out of Iran. EU officials have expressed optimism that the new framework will allow firms to continue doing business with Iran. But businesses have already pulled out and the Iranian Rial has plummeted as the threat of US sanctions looms and the situation has become worse during 2019.

A special financial tool – the Special Purpose Vehicle (SPV) – had to be created to facilitate payments related to Iran's exports, including oil, as Britain, China, France, Germany, Russia and the EU announced in a joint statement. The members' stated intent is "to protect the freedom of their economic operators to pursue legitimate business with Iran." They stressed that the SPV could “breathe life into the 2015 JCPOA”, the Iran nuclear deal, and was sought by Tehran in order to counter the reimposition of sanctions triggered by the US' exit from the deal. The results so far are limited, and all the important European companies, which still have much to export to the US, hesitate to be involved with the SPV-tool. It is clear that the Europeans have been trying, without much success, to come up with a way to compensate for the American sanctions and protect trade with Iran, seeking to calm Tehran and save the agreement on the Iranian nuclear programme within its limits.

Trump’s aggressive policy towards Iran has, until now, been met with united opposition from the three big European states –the UK, France, and Germany – as well as from within the EU. But even if the EU has strong combined economic weightage and presence, it has become obvious that it, including its three big players, is largely powerless in front of the US, which its use of the threat of new reinforced sanctions against Iran has illustrated. An important conclusion could be that the US so far controls the EU’s security policy to a large extent through its decisions regarding the use of the US dollar in global trade.

The EU’s position vis-a-vis Iran, however, became complicated when President Hassan Rouhani said in May 2019 that Iran would scale back some of its commitments to the deal. In his speech, he announced that Iran would retain its enriched uranium and heavy water rather than selling them to other nations while remaining, for now, within the limits prescribed in the nuclear deal. The reaction from the EU was clear. It rejected Iran's 60-day "ultimatum", at once, referring to Tehran's decision to quit parts of the 2015 nuclear agreement a year after the US withdrew from the landmark accord signed with major world powers. In a joint statement with the foreign ministries of France, the United Kingdom, and Germany, the EU urged Iran to respect the nuclear deal, and stressed again that it regretted new US sanctions imposed on Tehran.

It is important to note that sanctions imposed by the EU in view of the human rights situation in Iran, support for terrorism and other grounds, are not part of the JCPOA, and had remained in place. These sanctions include non-delivery of oil to Syria, and were recently tested, when Britain seized an Iranian tanker off the coast of Gibraltar on suspicion of violating sanctions against Syria. Iran has demanded that Britain release the ship and denies it was taking oil to Syria in violation of EU sanctions. It seems Iran, like the US, is mixing two issues, as if Britain was violating the EU-Iran relationship in conflict with the nuclear deal. This is definitely not the case.

The tensions between the US and Iran have increased since a series of incidents have damaged oil tankers in the Persian Gulf. Although Iran has denied involvement, many suspects, that Tehran was the instigator of these attacks – especially the US and Israel believes so. The EU’s policy on this issue is clear; it will continue to separate other political decisions and activities regarding Iran from those related to the nuclear deal. The EU does not want any renegotiations on the deal, as is consistently being demanded by President Trump.

Europe and the US have clashed on their respective Iran policies since the revolution. This time however, the whole Euro-American frame is different, since President Trump has highlighted the US’ financial role in the NATO, the Trans-Atlantic alliance. It is not only through the dollar policy that the US can influence the EU’s policy decisions, but also by changing the rules within the NATO. May be President Trump will require a more compliant and cooperative approach from the EU not only towards Iran, but also towards certain Arab countries, especially Israel’s long-term security, which is the most important to President Trump. So far, the EU has distanced itself from the issue most important to President Trump in the region, namely the so-called Deal of the Century to “solve” the Palestinian question in favour of Israel. 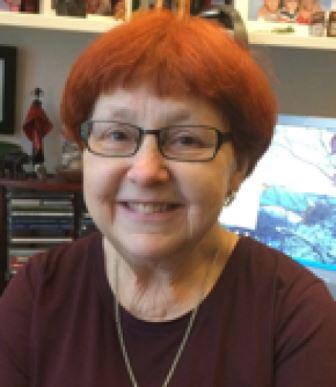 Marianne Laanatza her Doctoral Research both in Empirical Conflict Research at Lund University and in Economics with focus on International Trade Politics at Stockholm University. Since 1981 she has been part-time and regularly working as senior lecturer at the universities of Lund, Stockholm and Uppsala.