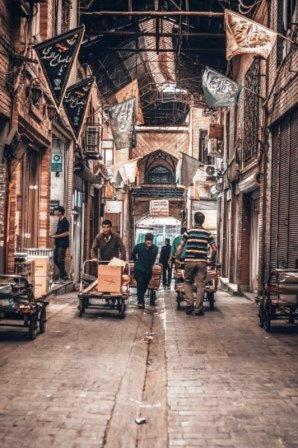 On 14 November, the Iranian government announced a hike of almost 50 percent for rationed petrol and 200 percent for petrol in the free market. Just a day later, sporadic protests gripped nearly the entire country over the hike and falling standards of living, unemployment, and sky-rocketing inflation that affect daily commodities. The lower-income households have been suffering from accumulated economic pressures. It is widely believed that more than half the Iranians are living around or below the poverty line. The petrol price hike spurred these protests over the core of the socio-economic conditions.

While the clerical regime in Tehran claims that everything is under control, the governor of Tehran said, “70 percent of the provinces have experienced recent protests.” The paralyzing effect of the US sanctions on different sectors of the economy, including petrochemicals, oil, trade, banking, and devaluing Iranian currency, have accelerated popular discontent with the regime. The current wave of unrest is the continuation of the 2017-18 protests, which combined socio-economic and political grievances. Now, as then, the demonstrations sparked by new economic measures, which they turned into anti-regime demonstrations and targeted the legitimacy of the regime. At this juncture, Iraq and Lebanon are also witnessing strong anti-Tehran protests over the Iranian meddling in their internal affairs.

Since President Donald Trump has withdrawn the US from the nuclear deal, which he has described as "horrible" and "the worst deal ever," the Iranian GDP contracted by 3.9 percent in 2018 and 3.8 percent in 2019. A recent World Bank report indicated that Iran's economy would shrink in 2020, and Iranian Rial would devalue more when compared to other currencies.

The "maximum pressure" campaign initiated by President Trump to bring Iran to the table of negotiation and hamper regime's adventurous behaviour in the region, mainly to check Iran’s influence in Iraq, Lebanon, and Syria. However, President Trump has never threatened to topple the Iranian regime or led to a popular uprising inside Iran.  He believes that the nuclear agreement has provided an opportunity for the Iranian regime to enhance its influence in the region, which has led to more conflicts and escalation of tension and instability in the Middle East.

Iran's financial problems worsened when President Trump removed the sanctions waivers on the eight largest importers of Iranian oil, namely, China, India, Japan, Turkey, Taiwan, Italy, South Korea, and Greece. While Italy, Greece, and Taiwan already halted oil imports from Iran, the two biggest buyers—China and India—had drastically reduced their imports. As a result, the most important sector of the Iranian lifeline is drying up, and according to the SVB Energy International in March 2019, Iran's oil exports had fallen to 1.1 million barrels per day, which is at its lowest quantity since 1980.

According to Amnesty International, at least 106 protesters were killed, and the real death toll may be much higher, and thousands of protesters have been arrested. The organization is calling on the UN and EU for immediate action to stop the government from violently repressing and killing peaceful protesters. A day after the protest started, the government shut down the internet as an effort to prevent people from sharing videos and images. The shutdown of the communication system is an indication that the government has something to hide.

The Supreme Leader Ali Khamenei claimed that he is “not an expert” in economic affairs, but if the heads of the three branches of the government approve, he will support the price hike decision as well. He also described the protesters as villains and elements of enemies, which was a green light to the Islamic Revolutionary Guard Corps (IRGC) to suppress the demonstrations. While President Hassan Rouhani half-heartedly agreed to negotiate with the US when he went to New York for talks (mediated by French President Macron), Khamenei, as the final decision maker, strongly condemned any negotiations with the US.

The petrol price hike has led to the crisis of legitimacy for the Iranian regime and pushed the rulers to use violence and suppress the protestors to sustain their position. Iranian citizens are continuously blaming their government for supporting the Assad regime in Syria and Hezbollah in Lebanon by paying millions of dollars but do not pay attention to rebuilding the economy and infrastructures of their own country. The support for the protesters by Washington is an excellent excuse for the regime to denounce protestors as being driven by Iran's enemies.

Thus, Tehran’s regime will continue its resistance and tolerate the sanctions until the US presidential election next November. It hopes to see a new president who might go back to the 2015 Nuclear Deal or negotiate under better conditions, but President Trump’s re-election will change the regime's dream into a nightmare. One thing should not be forgotten that President Trump will be in power at least for the coming elven months, and he will increase pressure on the regime to compel them to negotiate with the US. If negotiations between the US and Iran initiate, then it will be a victory for Trump's presidential campaign in 2020 and to some extent, may even remove sanctions. However, if the clerics in Tehran continue their assertive behaviour and reject the negotiations, severe socio-economic pressures will be on the shoulders of Iranians. 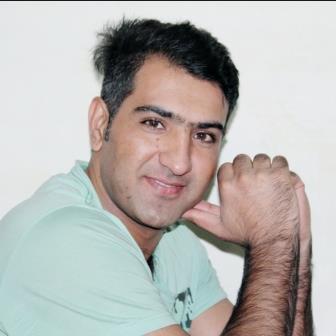