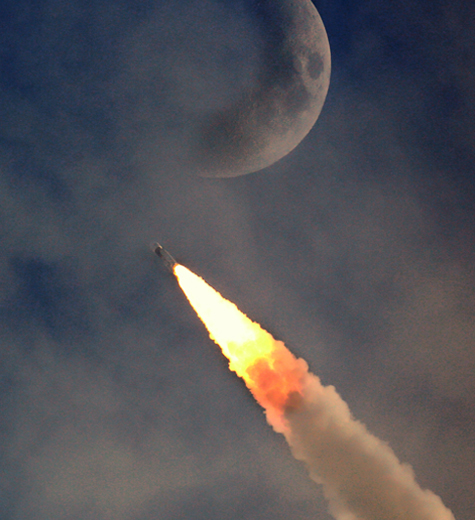 As tensions between the arch-rivals Iran and Saudi Arabia are mounting, there is a simultaneous growth story through science and technological advancement achieved by countries like the UAE and Saudi Arabia in the space domain. The recent case of the UAE sending its astronaut Hazzaa Al Mansoori to the International Space Station (ISS) on a Russian Soyuz-MS 15 spacecraft from the Baikonur Cosmodrome in Kazakhstan has been historical. The burgeoning space-related programmes currently pursued by the Gulf countries coincide with India's upward trajectory in this sector, raising the prospect for further cooperation.

The strategic dimension of the Indo-Persian Gulf cooperation has become significant and a paradigm shift has been brought about by Prime Minister Narendra Modi, who has established not only robust political ties but also personal rapport with almost all the Middle Eastern leaders. Alongside the traditional commercial and oil-energy trade, there is an impetus from both sides towards uplifting engagements in technical sectors. And this is where space cooperation becomes critical.

The milestone achieved by the UAE in the realm of space has come at a juncture when bilateral ties with India, which have been upgraded to “comprehensive and strategic partnership," are at their best. Every meeting between the Indian prime minister and Emirati leaders reflected the need for greater promotion of cooperation in space, including joint developments as well as “launch of satellites, ground-based infrastructure and space application.” In August 2015, Modi not only welcomed the Emirati plans to set up Space Research Centre at AI Ain, the first in the region, but also promoted Abu Dhabi’s ambitious Mars Mission scheduled for 2021.

To this end, an MoU between the Indian Space Research Organisation (ISRO) and the UAE Space Agency (UAESA) on exploration and use of Outer Space for Peaceful Purposes was signed on 11 February 2016. Following this, both sides are exploring the possibilities for cooperation in various spatial spheres, including satellite navigation, sounding rocket, satellite-based rescue missions as well as maritime security. The bonhomie between the leaders and their quest for technical advancement offers a potential for a greater synergy between ISRO and UAESA.

As a pioneering role, the UAE has launched, in March this year, the Arab Space Cooperation Group, a conglomeration of 11 Arab countries, namely Saudi Arabia, Bahrain, Oman, Egypt, Algeria, Morocco, Jordan, Lebanon, Sudan and Kuwait. Its objective is to “empower the Arab world in the global space industry.” Through this regional grouping, the members are working towards its pilot project of developing a satellite named 813, which will assist in tacking climate and environmental issues not only in the Arab world but also in different parts of the globe. The UAE, further, has designed and introduced a few programmes for students who are interested in space entrepreneurship. India, thus, can share its expertise in this domain, which would help both countries strengthen their space cooperation.

Similarly, there exists considerable potential to enhance cooperation with another geo-strategically located country – Oman. It could be noted that the Sultanate’s interest to establish such ties dated back to early 2011 when it sent a delegation to ISRO’s technical facilities. The signing of the MoU on cooperation in the peaceful uses of outer space, during the visit of the Indian Prime Minister to Muscat in February last year, laid the foundation for a fruitful engagement. Cooperation will focus on the field of remote sensing, satellite navigation, space science and exploration of outer space. Meanwhile, India's assistance in building Oman's capabilities, including training and human resource development, is expected to grow, given the existing political will on both sides to deepen their overall bilateral cooperation.

Simultaneously, the establishment of the Saudi Space Agency (SPA) on 27 December 2018 is a timely and significant. Until now, much of Saudi’s space and satellite activities have emanated from the King Abdulaziz City of Science and Technology (KACST). While KACST will “retain its role as a Saudi centre for satellite manufacturing and research and development, as well as for implementing and managing space science and exploration research and missions,” the SPA is expected to be the focal point for all programmes related with Saudi’s international space cooperation.

Nevertheless, there have been no significant developments so far since the signing of an MoU between ISRO and KACST in February 2010. Such a lacklustre picture contrasts with Indo-Saudi bilateral ties growing by leaps and bounds.  Moreover, as the Kingdom has been focusing on developing its potential in the field of space technology, it could turn for assistance towards countries with advanced experience in space science, including India. Remote sensing, satellite communication and satellite-based navigation are some of the areas where both countries would concentrate

Notwithstanding the developments in the Indo-Gulf space cooperation, China is making efforts to increase its technological footprints in the region. For instance, Saudi Arabia launched two of its aerial survey satellites (manufactured by KACST) — Saudi SAT 5A and Saudi SAT 5B – from China-based Jiuquan Satellite Launch Centre, and they jointly unveiled three lunar images which were acquired through their cooperation on the relay satellite mission for Chang'e-4 lunar probe. For China, scientific and technological collaboration falls directly within the ambit of its China’s Arab Policy Paper released in January 2016, and it wants to “upgrade pragmatic cooperation” with the Arab countries in the field of “space satellite” within the framework of the Belt and Road Initiative.

Tellingly, China's rapid penetration has come about when some Middle East countries are undertaking mega economic and infrastructural projects within the ambits of Saudi Vision 2030, Kuwait Vision 2035, UAE Vision 2021, Oman Vision 2020 and Qatar National Vision 2030. As a result, the Chinese investments in the economic, infrastructural development projects, oil/energy fields, science & technology, etc. have been welcomed by the Arab countries. In the light of this, India needs to speed up its economic and technological involvements in the Gulf. Otherwise, increasing Chinese presence could only undermine New Delhi’s efforts to intensify engagement with the Gulf countries, including the space domain. 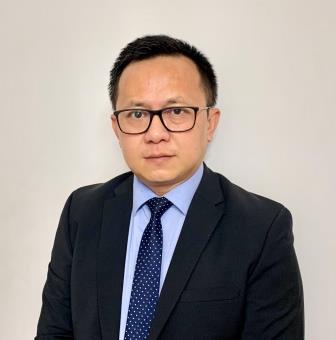 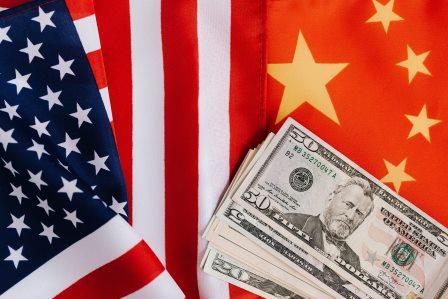