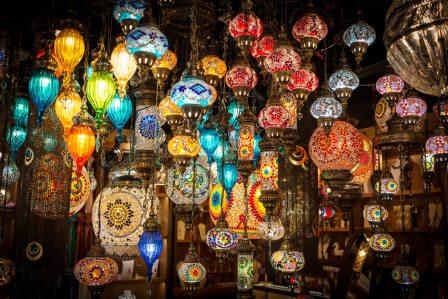 As part of India’s outreach to North Africa, External Affairs Minister (EAM) Sushma Swaraj paid a maiden visit to Morocco on February 17-18, 2019. The visit was an attempt to build and re-energize India’s engagement with the Kingdom and consolidate New Delhi’s strategic partnership in the changing geo-political milieu in the region. Today, Morocco is playing a key role in bringing new synergy among the African countries to deal with various threats and challenges faced by the African countries.

The Kingdom of Morocco is strategically located at the confluence of the Atlantic Ocean and the Mediterranean Sea, which places it in an advantageous position to play a significant role in the region. Labelled as the ‘African Lion’, Morocco is considered to be a growing market. Its strength lies in its strategic location as a ‘gateway to Africa’; a strong banking and finance sector; competitive labour costs; tax incentives; no restrictions to capital formation and ease of repatriation of profits and dividends among other benefits. Morocco was ranked fairly high in the World Bank 2016 Doing Business Report, moving up 5 places from 2015.

Morocco has been taking major initiatives to counter radicalization and extremism in the region. More importantly, African countries view the Kingdom as having a significant role to play in the Maghreb region. The Kingdom’s role in fighting terrorism and extremism has been acknowledged by none other than Prime Minister Modi. Earlier in August 2015, when Prime Minister Modi visited the UAE, he spoke about a Delhi-UAE-Morocco trilateral to be the “fulcrum of New Delhi’s Act West Policy”.

With respect to security cooperation to counter terrorism in the region he said, “One Arab country that recognised the currents of Islamic extremism sweeping through the Middle East and North Africa region early is Morocco.

As a result, Morocco today is pushing a multi-dimensional strategy to comprehensively combat terrorism.” He also pointed out various factors for choosing Morocco as a partner. He said,

Morocco has stepped up economic cooperation with numerous countries in Africa’s Sahara and Sahel regions. Second, it has enhanced security cooperation through numerous bilateral and multilateral forums to actively tackle terrorist groups on the ground.

Also, Morocco’s efforts at the UN led to the creation of the Group of Friends Against Terrorism to better coordinate UN activities to combat terrorism. India is a part of this group. The country also propagates modern Islam which can be seen as a counter to the radical version of Islam.

India- Morocco relations date back to the 14th century. However in recent times, high-level bilateral visits have been exchanged between the two countries such as Vice-President Zakir Hussain’s visit to Morocco in 1967; King Mohammed VI, when he was Crown Prince, visited India to participate in the Non-Aligned Movement Summit in 1983 and later in 2001 and in 2003, as the King of Morocco. Former Prime Minister Shri Atal Bihari Vajpayee visited Rabat in 1999. The Moroccan Minister for Foreign Affairs and Cooperation, Taieb Fassi Fihri, visited India in April 2011.

What is important to note is a new era of cooperation was initiated in November 2015, when King Mohammed VI visited India and met Prime Minister Modi. The King and the Indian Prime Minister underlined the shared viewpoints by the two countries concerning the strategic place of the African continent and the issues of stability, security and social and economic development. The King and Prime Minister Modi agreed on the need to boost the level of strategic partnership between the Kingdom of Morocco and the Republic of India.

Both also agreed to set up a working committee coordinated by the foreign ministers of both countries to discuss joint projects and initiatives to meet this new ambition. On this occasion, The King invited the Indian PM to pay a working visit to Morocco that would include discussion on all fields of cooperation and build new dynamic relations between the two countries. It is against this background built by the top leaderships of the two countries that Sushma Swaraj’s visit needs to be analysed.

With an aim to boost India-Morocco strategic partnership, the EAM  held discussions with her counterpart H.E. Nasser Bourita, Minister of Foreign Affairs and International Cooperation, called on His Majesty King Mohammed VI, King of Morocco, H.E. Mr. Saad Dine El Otmani, Head of Government and Habib El Maliki, President of Chamber of Representatives, in Parliament. The main highlights of this growing partnership were the signing of four MoU’s for cooperation in the areas of Counter-terrorism, Housing and Human Settlements, Youth Matters and Reciprocal Facilitation of Procedures for Issue of Business Visa.

In addition, she interacted with the Indian community in Rabat to build the strong cultural connect between the two countries. The centrality of enhanced cooperation to counter extremism and terrorism emerged as key area of engagement during this visit. During her interaction with the Indian community Swaraj acknowledged the efforts of the Kingdom in counter-terrorism and thus India’s enhanced engagement in this area. She noted that “Morocco has been a leader in counter-terrorism efforts and is a pioneer in fighting radicalisation.”

Both the countries agreed to set up a Joint Working Group on Counter Terrorism with an aim to develop a comprehensive approach to combat terrorism including cross-border terrorism, misuse of the internet including social media by terror entities; terrorist financing, and recruitment of members of terrorist groups.

While cooperation in counter-terrorism remains a key area of cooperation, Morocco offers immense opportunities for engagement in economic sectors as well.  India is one of the major markets for Moroccan phosphate and its derivatives. Other main items of export to India are metallic ores and metal scrap, semi-finished products and inorganic chemicals. The main items of India’s exports to Morocco are cotton yarn, synthetic fibre, transport equipment, pharmaceuticals, agricultural implements, chemicals, spices and manufactured metals.

The trade figures between the two countries are modest (US$1,166.84 million in 2016-17 and US$1,211.95 million in 2017-2018). However, there are many opportunities for both countries for boosting economic and trade cooperation. Overall growth is projected to go up in Morocco owing to tourism, growth in exports and rising job opportunities in the manufacturing sector. More importantly, the Moroccan government, in the period post 2011 and the elections, has also undertaken many measures to make the country more investor-friendly with enhanced investor protection and a simple and modest tax code, among other legal reforms.

This provides India with enormous trade opportunities. Experts are of the opinion that sectors like IT and aeronautics offer investment opportunities in addition to sectors like energy, textiles, fishing, and agricultural sectors. This aspect of cooperation was highlighted by HE King Mohammed at the India-Africa Summit where he stated that “prospects for bilateral cooperation, particularly in such sectors as agriculture, the pharmaceutical industry, research in science and technology and the training of managerial staff, making sure we build on that experience to serve African peoples.” With respect to security of the region he mentioned, “Given the mix of development challenges and unprecedented terrorist threats they face, the Member Countries of this Forum should adopt a comprehensive approach rooted in close cooperation with India”.

With such potential of cooperation in trade, security and people-to-people engagement, EAM Swaraj’s visit could be considered as the beginning of a new era of cooperation between the two countries. These diplomatic initiatives are definitely a new beginning for India’s earnest efforts to reach out and build a stronger partnership with the North African region.

Note:  This article was originally published in West Asia Watch: Trends and Analysis (IDSA, New Delhi) and has been reproduced with permission.   Web Link 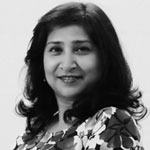 Meena Singh Roy is a Research Fellow and heads the West Asia Centre at the Manohar Parrikar Institute for Defence Studies and Analyses (IDSA). She holds Ph. D., form Delhi University and her areas of specialization are Central Asia and West Asia. Before joining IDSA, she was a senior research scholar in the Department of African Studies, Delhi University. She was associated with the Institute of Commonwealth Studies, School of Oriental and African Studies and London School of Economics for her research work. In 2014, she was a visiting Research Fellow with the German Institute of Global and Area Studies (GIGA), Hamburg. Her publications include The Shanghai Cooperation Organization: India Seeking New Role in the Eurasian Regional Mechanism (2014). She has edited Changing Security Paradigm in West Asia: Regional and International Responses (2020, KW Publishers); Ideology, Politics and New Security Challenges in West Asia (Pentagon Press, 2018); International and Regional Security Dynamics: Indian and Iranian Perspectives (IDSA, 2009) and Emerging Trends in West Asia: Regional and Global Implications (Pentagon Press, 2014). 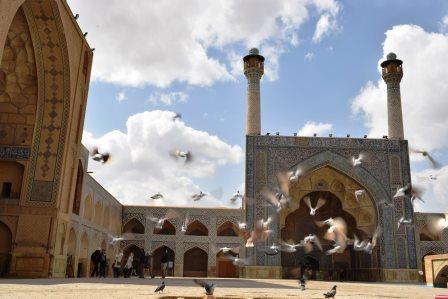 Summary: Iran is battling the COVID-19 pandemic amidst limited resources, a weak economy and a diffi..... 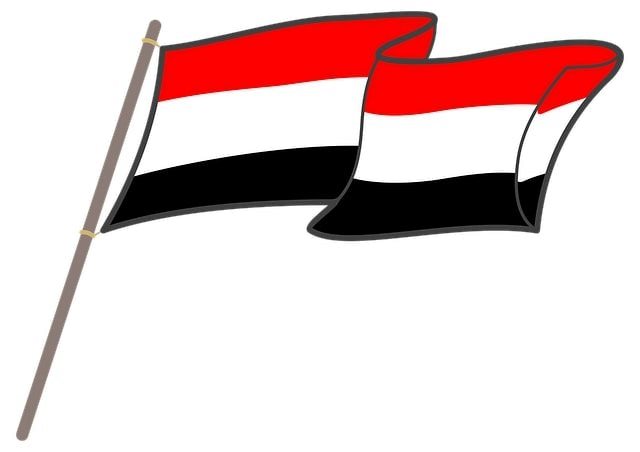 Yemen has been ravaged by conflicts for decades and there seems to be no end to it. Due to the ong..... 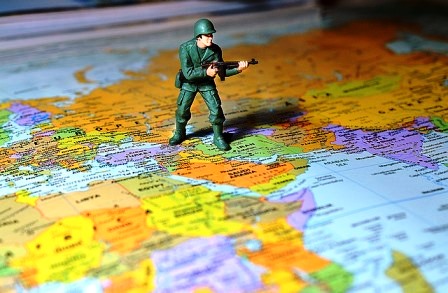 The geopolitical dynamics in West Asia and North Africa (WANA) is such that it allows global powers .....