The Life of Bin Laden 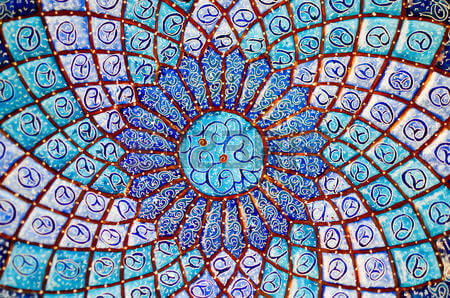 10 March 1957: Born in Jeddah, Saudi Arabia into a rich business family with roots in Yemen. His father, Mohamed Bin Laden was a multimillionaire builder and Osama was one of his 52 children.

27 December 1979: Soviet Union invaded Afghanistan, which led to the rise of Islamic mujahedeen fighting against the foreign troops. Osama, who had already come under the influence of the teachings of the radical Islamist scholar Abdullah Azzam, was even further radicalized by this development.

1984: Azzam established the Makhtab al Khadimat- the Office of Services- in Peshawar, Pakistan to recruit an Islamic army to fight the Soviets in Afghanistan. Osama is believed to have provided financial support to this organization.

1986: Osama moved to Peshawar and began importing arms before forming his own small brigade of volunteer fighters. It is during this time that he came in contact with Dr. Ayman al-Zawahiri of the Egyptian Islamic Jihad.

11 August 1988: Along with Muhammad Atef and Abu Ubaidah al Banshiri, Osama lays the foundation of Al Qaeda, literally meaning ‘The Base.’ It mainly operated out of Afghanistan and had on its agenda attempts to seek a more fundamentalist form of Islam with opposition to US, Israel and their allies in the Muslim world.

15 February 1989: The USSR completes its withdrawal from Afghanistan while Al-Qaeda grows in strength and consolidates its position at the world level, establishing bases and bringing in new recruits.

17 January 1991: The US and its allies launch an attack on Kuwait (Gulf War I) to drive out the Iraqi forces from that country. The Allied forces were based in Saudi Arabia, which angered Osama as he argued against the presence of foreign troops in a country home to Islam's two most holy places.

1992: Returns to Saudi Arabia, but due to his support for Islamic extremist groups in Egypt and Algeria the government withdraws the passport, forcing him into exile. Osama eventually chooses Sudan as his temporary residence.

26 February 1993: A bomb exploded in the parking area of the World Trade Centre in New York in which six people were killed. It is believed the explosion was to try and bring down the entire building. Although Al-Qaeda’s involvement is unclear and it is never named in the official investigations, the finger of suspicion is pointed at it.

4 October 1993: Eighteen US servicemen are killed in Mogadishu, Somalia after Somali militia shoot down two Black Hawk helicopters. The US indictment blames Osama and Al-Qaeda of having trained the fighters.

7 August 1998: Near-simultaneous bomb attacks against US embassies in Nairobi (Kenya) and Dar-es-Salaam (Tanzania), killing 224 people. The US strikes Qaeda training camps in Sudan and Afghanistan in retaliation.

5 November 1998: Osama indicted in absentia in a US court for these bombings.

11 September 2001: Three hijacked planes crash into major US buildings, including the Twin Towers of the World Trade Center in which around 3000 people were killed. One of these planes hit the Pentagon while a forth came down in Pennsylvania as passengers overcame the pilot. Osama Bin Laden named the mastermind of the attacks on US soil. President George W Bush declares the Al-Qaeda founder is wanted ‘Dead or Alive.’

7 October 2001: US attack on Afghanistan as part of War on Terror begins, where Osama is believed to have established a base in collaboration with the Taliban. By November, the Taliban are ousted. Suspected Al-Qaeda’s base in Tora Bora (Afghanistan) is attacked, but its chief evades the forces.

12 October 2002: Two bombs go off in a busy nightclub area in Kuta, Bali, killing 202 people, most of them foreign tourists. The Indonesian authorities believe the attacks were carried out by the Jemaah Islamiah, a militant group believed to have links to Al-Qaeda, indicating the rapid spread of the extremist ideology.

12 May 2003: A series of bomb attacks hit Riyadh, the Saudi capital targeting luxury compounds housing foreign nationals and a US-Saudi office. 34 people are killed and authorities blame Al-Qaeda for the attacks.

October 2004: Al-Qaeda gathers more support in Iraq with Abu Musab al-Zarqawi, heading the Tawhid wa al-Jihad announcing its decision to join the terror organization and changed the name of the group to Al-Qaeda in the Land of the Two Rivers.

29 October 2004: Days before Presidential elections in US, Osama releases a videotape declaring the reasons that led to 9/11 attacks still exist and warned of further attacks against Western nations.

11 March 2004: The Spanish city of Madrid is hit by train bombings. Ten bombs exploded on four commuter trains in the city leaving 191 people dead and over 1800 injured. Again it was a group espousing support to Al-Qaeda, the Moroccan Islamic Combatant Group, which emerged as the main suspects.

7 July 2005: The city of London is shaken by bombings of its three underground trains and a bus which left fifty-two people dead and hundreds injured. Analysts say the attacks bear the hallmarks of groups inspired by al-Qaeda.

September 2006: Al-Qaeda widens its support base and ties up with Algerian militant group, the Salafist Group for Preaching and Combat (GSPC). The latter is then renamed Al-Qaeda in the Islamic Maghreb, which pledges support to the ideology of its new partner.

7 September 2007: A new Osama tape calls upon the American people to embrace Islam in order to stop the war in Iraq.

11 December 2007: Al-Qaeda in the Islamic Maghreb takes responsibility for the killing of 40 people when two car bombs went off in Algiers, the capital of Algeria.

18 May 2008: Osama urges Muslims to break the blockade of the Gaza Strip and rise against Arab governments that have friendly relations with Israel.

24 January 2010: Al-Qaeda hails the attempted but failed Christmas bombing of a plane en route from Amsterdam to Detroit. A Nigerian Umar Farouk Abdulmutallab had sewn the explosives in his underwear and tried to blow himself up during the flight but was overpowered.

2 May 2011: US Special Forces kill Osama Bin Laden in an early morning raid in Abbottabad (Pakistan standard time), 60 km north of capital Islamabad. The death was confirmed by the terror group which vowed revenge against the West for the killing of its leader. The bomb blasts in Peshawar, Pakistan which left 80 people dead have been claimed by Tehrik-e-Taliban Pakistan as retaliation for the death of Osama and pledged similar attacks.

Nivedita Kapoor is a journalist with the Free Press Newspaper in Indore. Email: kapoor.nivedita@gmail.com