India and the World 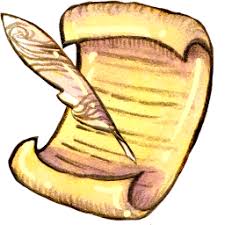 Note: Address by the Vice President of India Shri M. Hamid Ansari on “India and the World” at the Tunisian Institute of Strategic Studies, Carthage, Tunisia on 03 June 2016.

I thank the Tunisian Institute of Strategic Studies for inviting me here today.

Tunis is the city where, 700 years earlier, Ibn Khaldun was born. He wrote about the persistent human propensity to disregard changed conditions; in the process he told us a good deal about the rise and fall of political and military power. His formulation on the philosophy of history, according to Arnold Toynbee, was ‘undoubtedly the greatest work of its kind that has ever yet been created by any mind in any time or place.’

My subject today is India and the world. Before delving into it, I wish to draw attention to a very disorderly world that all of us are confronted with today.

An eminent American strategic thinker and practitioner of the art of realpolitik describe the 20th century as a period of ‘Megadeath and Metamyth- spawned false notions of total control, derived from an arrogant assertions of total righteousness’1. More recently, he wrote that ‘the world is now interactive and interdependent. It is also, for the first time, a world in which the problems of human survival have begun to overshadow more traditional international conflicts.’2.

Commenting in the same strain, but from a different perspective, a historian has observed that ‘our world risks both explosion and implosion. It must change (since) the price of failure is darkness’3

You will recall that in the wake of the end of the Cold War, and the expectation of an era of global cooperation for common good, a comprehensive agenda for peace was enunciated focused on preventive diplomacy, peacekeeping, peacemaking and peace building. Other initiatives came forth for addressing human security questions pertaining to economic development, social justice, environmental protection, democratization, disarmament, respect for human rights and the rule of law. Together, they helped delineate a new paradigm of security, aptly articulated in 1999 by the then UN Secretary General Kofi Anan:

‘We must broaden our view of what is meant by peace and security. Peace means much more than the absence of war. Human security can no longer be understood in purely military terms. Rather, it must encompass economic development, social justice, environmental protection, democratization, disarmament and respect for human rights and the rule of law.’ 4

Although Interstate conflicts have admittedly declined, the experience of the past quarter of a century shows the manner in which the expectations of a more comprehensive corrective have been belied:

We have witnessed the ease with which regional and sub-national conflicts have spiraled into broader conflict and become a global security challenge. These threats are increasingly emanating from non-state sources such as organized crime, organized terrorist outfits and pirates. Even more disturbing is the trend where non-state armed groups appear as parties in violent conflict.

The traditional security architecture has been slow to respond to these new realities, even as the economic prominence of new players is remarkably well understood. While emerging economies have secured a role in the global economic system, the Security Council of the United Nations remains a captive of its five Permanent Members. This intransigence has constrained the ability of the established security systems to address the evolving nature of security challenges.

This is the global landscape in which India has endeavored in recent decades to address its developmental challenges and its role in the world. Some of its salient features are:

‘India is not a rejectionist power that stands outside the global order. Instead her interests lie in working to change, reform and improve the global order’.6 This demands increased external engagement within the ambit of a non-intrusive policy.

A peaceful periphery is critical to our success and we believe that the entire South Asian region needs to grow with India for our sustainable prosperity. ‘Neighbourhood first’, has therefore been a key component of India’s worldview with a strong sense of priority being attached to enhancing cooperation with immediate neighbours. The South Asian Association for Regional Cooperation (SAARC) has been infused with new energy even as we have continued our bilateral cooperation with neighboring countries.

We have adopted an ‘Act East’ policy based on enhanced connectivity with maritime neighbours to the East. The deepening of strategic and commercial ties with the Indian Ocean Rim countries have been a priority. Our ‘Link West’ approach has invigorated cooperation with West Asia and the Persian Gulf littoral. We consider the Middle East Peace Process as the key to resolve long pending issues and prevent further radicalization of the region. We have sought enhanced connectivity with Eurasia through initiatives such as the Chabahar port and related infrastructure, and the Turkmenistan Afghanistan Pakistan India (TAPI) pipeline, a project whose initiation I personally attended last year with leaders from the other partner states.

Our relationships with the major powers have expanded exponentially in the last two decades. We share a strategic relation with the United States and our cooperation has deepened across a range of activities on the foundations of a convergence of our economic and political views. With Russia we have had traditionally good relations, which have expanded significantly in energy and defence co-operation sectors. With China, the bilateral trade has expanded considerably with new avenues of economic cooperation being created. With Japan a range of cooperation activities are being implemented, especially in the infrastructure sector.

We have reached out to our friends in Africa through initiatives such as India Africa Forum Summit, held last year in New Delhi. We convened a conclave of South Pacific islands to explore issues of mutual interest and define India’s contribution in their growth and development goals. With other emerging economies we have collaborated, such as under the BRICS forum, to develop more equitable global governance systems.

The agenda of global issues, and of multilateral diplomacy, remains a matter of perennial interest to us. India has been a major contributor to international peacekeeping operations under the United Nations flag, has engaged with our partners in shaping the Sustainable Development Goals (SDGs) agenda, and continues to work with like-minded countries to make the global financial and trade systems more equitable and transparent, and to address our common challenges such as environmental degradation. India took the lead at the recently concluded COP 21 at Paris to forge an international consensus and has become one of the strongest advocates of clean energy, particularly solar energy and energy innovation.

We do believe that as one sixth of the humanity and in keeping with the growing capacities and aspirations of our people, India has a much larger role to play in charting a more equitable and sustainable future for our world. For this reason we believe that any global forum which does not include India has limited relevance.

West Asia and North Africa is not an unfamiliar region to India. Historical ties, cultural bonds, shared interests and concerns characterize our relations. We have a vital stake in the stability, security and economic well-being of this region and are willing to expand our strategic and economic partnership. There are several areas where our interests converge. Our bilateral trade with the region in 2014-15 was about US$ 49.58 billion7 and is expected to grow further despite the economic slowdown.  We also look to this region for ensuring our energy security and for commodities such as phosphates. This region, with its young population and natural resources, has tremendous growth potential. It can act as a bridge between three continents of Asia, Africa and Europe. Indian companies have started to increase their investments in the region. There is a considerable potential for expanding trade in the areas of automotive components, automobiles, engineering products, IT, pharmaceuticals, bio-technology and healthcare sectors.

There are also areas of common concern.  Terrorism has emerged as a principal global challenge. Your country, like my own, has suffered the horrors of this scourge of humanity. Terrorism today has global reach, no city remains safe. There is a new level of threat to pluralist and open societies. Old structures of terrorism also remain. There are countries that still use it as an instrument of state policy. There can be no distinction between good and bad terrorists. A terrorist is a terrorist; one who commits crimes against humanity cannot have any religion, or be afforded any political sanctuary.

International terrorism can only be defeated by organized international action. We need to restructure the international legal framework such as by adopting a Comprehensive Convention on International Terrorism to deal with the challenges of terrorism. Societies that stand for peace and share values of humanism have to increase their cooperation in intelligence sharing. We should strengthen efforts to prevent supply of arms to terrorists, disrupt terrorist movements, and curb and criminalize terror financing. We have to help each other secure our cyber space, and minimize use of internet and social media for terrorist activities.

Relations between India and Tunisia have been friendly and free of discord. We share common principles and have a similar approach on many issues. India had extended strong support to the Tunisian struggle for freedom, and today, India stands ready again to provide all possible support as you embark on a path of freedom and democracy.

Tunisia can also be a hub for our trade with both Europe and Africa. Tunisia can leverage our expertise and proven capabilities in production of pharmaceuticals, especially generic medicines at affordable cost, advancement in healthcare sector, science & technology and provision of high quality education at reasonable cost to its advantage. I see a prosperous and peaceful future as our commercial and political interactions deepen. It will open a new era of peace and prosperity, not only for our two countries but the entire region.

I thank you for being such patient listeners. I will try to answer a few questions if you have any.