The proceedings of recent visit of the Chinese President Xi Jinping to UAE may not cast shadow on India’s engagement with the country and region in the short run, but being embedded in the wider frame of one-belt-one-road (OBOR), this could pose challenge to India’s strategic stakes if New Delhi continues to stay out of the Chinese project. Unlike the Indian vision of looking at the region through a bilateral framework, China is situating the Persian Gulf region in its march to global positioning through OBOR. The countries of the region especially UAE, Saudi Arabia and Iran are keen to be part of the ambitious Chinese project.

President Xi in a signed op-ed prior to the visit to UAE underlined the shared interest of the two countries in OBOR project. He observed, “Under the framework of Belt and Road cooperation, China and the UAE need to strengthen policy communication, speed up integrated development, uphold the multilateral trading system, and see that economic globalization is more open, inclusive, balanced and beneficial to all.” President Xi elevates the relations by emphasizing the strategic convergence between the two on regional affairs. Clearly, OBOR is more than an economic or infrastructure project.

The challenge for India is not of competition for the market share but is of strategic space. India has been the beneficiary of the US security architecture in the region and could quietly pursue its energy imports and remittances. With the regional security architecture being in flux, the countries are now looking for new security partners for arms trade and developing local capacities. India and China are perceived as new security players in the region. No wonder the UAE has signed comprehensive partnership agreements with both the countries.

After its initial reluctance, India is compelled to review the premise of its engagement with the Persian Gulf region. Of late, India has responded to the regional security demand by signing defence agreements of diverse scale including comprehensive strategic partnerships. The challenge that India would be facing in promoting its strategic positioning when China is projecting a proactive strategic engagement with their deep pocket and economic might was evident by the high profile visit of the Chinese President.

It is not a zero-sum matrix and the countries from the region are likely to play out the Sino-Indian positioning to their advantage. Yet given the asymmetry of power quotient, the positioning of India and China in regional turf will be a reflection of tension than the harmony of their bilateral relations.

This was acknowledged by the UAE’s Minister of State for Foreign Affairs Anwar Gargash in his recent meeting with External Affairs Minister Sushma Swaraj when he observed that “Any escalation between two great powers—India and China—is potentially very disruptive for all of us. More we have a way in addressing the issue between these two great nations, I think we will feel more stable,” A look at the scaling up of the Chinese economic engagement with UAE could be sited as an illustration.

China has surpassed India as the largest trading partner of UAE. Their bilateral trade is reported to be US$52.65 billion as against US$49.88 billion with India. According to one report, “cumulative trade between the UAE and China amounted to US$124.9 billion between 2014 and 2016, compared to US$121.5 billion … with India during the same period. Since then, the competition has only gotten fiercer, with Chinese non-oil trade with the UAE totalling US$47.92 billion in 2017, compared to US$26.95 billion for India.”

As exports to UAE, China accounts for about 11.4 per cent of UAE market with a value of US$26.4 billion, Indian share is closer 11.1 per cent with a value of US$25.7 billion. What is significant that the Indian exports to UAE are almost stagnant while Chinese exports have increased to catch up with India’s. Though both countries are aiming to scale up their trade with UAE, China is defining its target with reference to OBOR.

It is expected that the Chinese investment will lead to trade creation to reach US$80 billion within the next two years. To further facilitate trade, the two countries have signed an agreement to set up a clearing hub for the Chinese currency RMB. It may be underlined that China is pushing Yuan as a global currency. Some of the banks like HSBC, Standard Chartered and local bank Emirates NBD, do facilitate RMB accounts. The deepening of Chinese engagement with UAE could be seen in diverse areas from hydrocarbon to renewable, technology collaboration and investment.

Interestingly the Indian dependence on UAE oil supply is larger than China’s. While it imports about 7 per cent of its oil demand from UAE in the case of China it is only 2.5 per cent. In value term, it is about US$9 billion for India and US$4 billion for China. Further, in response to UAE policy both are investing in off shore projects of ADNOC and are upgrading their energy relation by embedding it to their energy security.

Similarly, both countries are promoting financial engagement by creating joint funds for strategic investment. The private companies from both the countries are important players and are wooed by UAE. There are reportedly 4,000 Chinese companies in UAE as against 3,000 Indian companies in the Free Trade Zone alone. As the UAE is scaling up its profile as an assertive regional player and global hub for services, it will be engaging with external powers on wider canvas beyond energy.

Further, as the economy moves to high end the Emirati demands for expatriate in lower end will go down thus impacting on remittances flow for countries like India. With China on the driving seat of globalization through OBOR, it is natural that the UAE discovers much larger space and opportunities in its relations with Beijing. The emerging gravitational pull of geo-economics thus is likely to redefine the geopolitical realities radically thereby calling for a robust assessment and suitable re-positioning of India in its extended neighbourhood.

After one year of the blockade, the economy of Qatar is linked more dynamically beyond its immediate neighbour..... 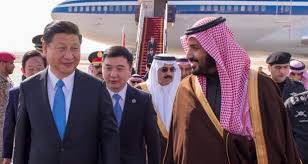 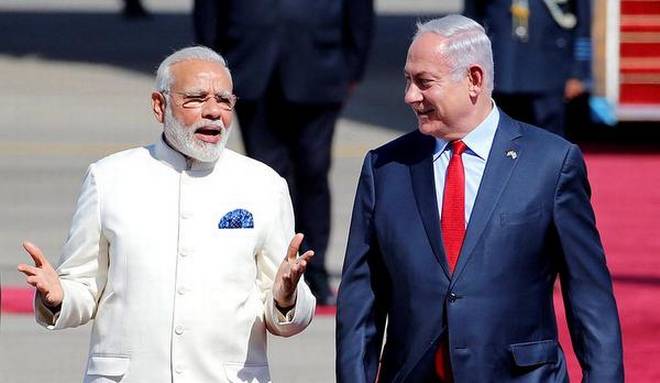 In the closely scrutinised India-Israel relationship, there is little in the public domain that remains unknow.....