485: Iraqi elections amidst dissent and disagreements 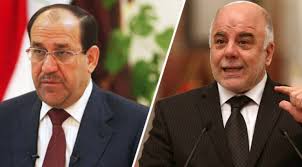 After the defeat of ISIS, the Iraqi government is holding its first election today, May 12. Prime Minister Haider al-Abadi is adamant to conduct parliament and local election on time, while promising to resolve all the pending issue with Kurdistan region, including disbursing the pending salaries of all the employees. The central government of Bagdad and the autonomous Kurdish government Erbil have been negotiating over the past several weeks to resolve issues which emanated from the referendum held in September 2017 in which majority voted for an independent Kurdistan region.

The Iraqi’s considered this to be unconstitutional which has prompted Baghdad to take over disputed areas, borders crossing, halted salaries and imposed an air embargo on the autonomous region. Their relations reached the tipping point when the Iraqi parliament approved the 2018 budget with a reduced share from 17 to 12 per cent for Kurdistan. This triggered the later to consider a total withdraw from the Iraqi political arena.

However, in his thirst to acquire and maintain power, Prime Minister Abadi has changed his tune; for instance, the removal of air embargo, dispersal of payment, increase in budget from to 14 per cent and so on. It seems that Abadi’s policies, charisma and diplomatic manoeuvring will make Kurds dance to his rhythm. Another reason for the Kurds to align with Abadi is their losing influence in the Iraqi politics. Before the referendum, the Kurds were one of the kingmakers due to their united bloc but that is no longer the case as the Kurds are now represented by two different parties namely- the Kurdistan Democratic Party (KDP) and the Patriotic Union of Kurdistan (PUK), who are running separately.

There is only a slim chance for the Kurds to regain their influence in Bagdad, especially after KDP’s announcement of boycotting the election in Kirkuk in protest over Bagdad’s seizure of province last year. In addition, it appears that they are not going to endorse any Kurdish candidate who is running in the election, thereby allowing Abadi and others to divide and conquer.

Meanwhile, Sunni Member of Parliament (MP) Raad al-Dahlaki accused Abadi for holding the election under the current circumstances, representing a ‘military coup’ against the political process by allowing the ascension of military commanders to assume political helm. The Sunni alliance prepared a document in which it accused the government of not fulfilling the requirement for holding fair elections including the return of refugees, adopting electronic means of voting and vote-counting and excluding arms to state-run troops at areas recaptured from ISIS– the most important point for which the parliament that voted for holding the elections.

The integrity of the anticipated polls states that nearly five million people were displaced out of which half of the population are yet to be repatriated to their homes retaken from ISIS. For the sake of holding the election on time, Abadi has ordered the return of refugees willingly or unwillingly. The Iraqi security has been forcibly sending the refugees from the camps to unsafe areas, exposing them to death from booby traps. They have also been accused of denying the humanitarian aid reaching to the families affiliated to members of ISIS.

Talking about former ISIS members and their families, the Iraqi tribal law which determines their fate has freed at least dozen of them due to lack of sufficient evidence and corruption. These members are now also running in the election. This led the head of Anbar Salvation council Sheikh Humaid al Hayes to send a list of former ISIS members entering the polls and seeking the federal government to take appropriate action. Political parties are not willing to let ISIS monstrosity to overtake Iraqi politics in any way.

However, despite the bitterness expressed by the Sunni alliance and other political disputes, the Iraqi parliament has approved the holding of a legislative election as scheduled. Meanwhile, the US army put forward a proposal to let them secure parliamentarily and the provincial elections in Sunni dominated governorates namely Nineveh, Salahuddin and Anbar. It appears that the US wants to make sure of non- intervention of Iran in the election and this pushed Abadi to denounce foreign force stating securing Iraqi election is the responsibility of both military and local police and no other foreign force will have any role. The re-election of Abadi is essential for the US to maintain its influence in Iraq, especially if former Prime Minister Nouri-al-Maliki wins the election. Though both Abadi and Maliki are backed by Iran, the former has mastered the art of balancing between the Iranian and American influence, while Maliki has a pro-Iranian agenda and demands for the withdrawal of US troops from Iraq.

At present, Abadi and Maliki are the strong contenders but it appears that despite being the head of the largest bloc in the current parliament–the Dawa party--Maliki’s chances are slim. This is because Maliki is criticized by Iraqi politicians and civilians for the collapse of security forces due to which ISIS swept through a one-third of the country. Making rare a political intervention, even the Grand Ayatollah Ali Sistani, the highest Shia authority in Iraq, has criticized al-Maliki for running in the election. Hence, supporting Maliki will create further bitterness amongst Iraqis against Iran.

For Iran, maintaining its political dominance in Syria and Iraq is significant to secure its goal of establishing a route through Iraq, Syria to Lebanon. It cannot tolerate, Iraq drifting away towards the US or Sunni alliance. This will force Iran to tilt towards Abadi who has a good chance to retain his power.

Although Abadi’s winning in the upcoming election is a forgone conclusion, there is an increasing frustration amongst the citizen as they believe that the next government is going to look as same as the current one. Many Iraqis have been lamenting over the corrupt and ineffective political elite, accusing them of being behind the nation’s endemic miseries since the rise of ISIS in 2014. Their resentment and disappointment can be seen on various social media platforms in the forms of songs, slogan, jokes and comic videos etc. Some say that they have lost faith in democracy as the election will not bring any change in Iraqi society since the same politicians are going to be re-elected. Adding to that, they say that it is better to stay at home rather than going to the poll stand. The result of increasing dissatisfaction amongst the civilian will be inevitable, if Abadi fails in stabilizing the country politically and economically. 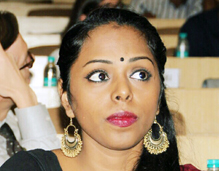 Nagapushpa Devendra is a Research Assistant in IDSA and her interests lies in international law, international theories, refugee crisis, proxy wars and political Co-existence in the Middle East. She has a Master of Arts in Diplomacy, Law and Business from the OP Jindal Global University. She also worked with Greenpeace and BBC. Email: devendra.pushpa2@gmail.com

The liberation on November 17 of Rawa, the last significant Iraqi town held by the Islamic State, promises the.....