During the three-day visit of King Abdullah II of Jordan to India at the end of February, both the sides discussed a gamut of bilateral as well as regional and international issues. Breaking the protocol, Prime Minister Narendra Modi received the Hashemite monarch at the airport. In recent days, Modi not giving the same privilege to his Canadian counterpart Justin Trudeau became a media controversy back home.

Unlike his earlier visit in 2006, the media coverage was widespread,thereby signalling a new Indian approach towards Jordan. The King was accompanied by a large delegation which included Ayman Safadi as well as a big business delegation. Apart from ceremonial welcome by the President Ram Nath Kovind, the King met the Vice President Venkaih Naidu and External Affairs Minister (EAM) Sushma Swaraj. He also visited Indian Institute of Technology in New Delhi to explore collaboration and participated in a CEO-round table and India-Jordan Business Forum organized by CII, FICCI and ASSOCHAM.

The climax of the visit was his special joint address on Promoting Understanding and Moderation with Prime Minister Modi where he called for empowering the youth to dissuade them from joining extremism. Jordan has been in the forefront of fighting the Islamic State of Iraq and Syria (ISIS) and some of its citizens have joined the extremist jihadi movement. This in turn has resulted in the Hashemite Kingdom making fighting extremism its top priority. During the visit as much as 12 MoUs were signed between the two countries, one of the highest with the Middle Eastern countries since Modi became Prime Minister (See Table).

Table: Number of MoUs/Agreements signed between India and Middle Eastern Countries since Modi.

Source: Adapted from Ministry of External Affairs, Government of India

Among them, the most important one is the MoU on defence which visualizes cooperation in “training, defence industry, counter-terrorism, military studies, cyber security, military medical services and peace keeping.” If properly implemented, this could be a game-changer in Indo-Jordanian relations. Jordan thus becomes the seventh country in the Middle East and the fifth Arab country with which India has signed such a defence MoU. The other countries are Bahrain, Israel, Iran, Saudi Arabia, Oman and the UAE. Over the years, the security-intelligence establishment of Jordan has successfully confronted and contained a number of militant groups in its neighbourhood. Indeed, before ascending to the thrown in February 1999, Abdullah was commanding an elite unit.

In recent weeks, this column suggested that security cooperation and fighting extremism would emerge as the key component of Indo-Jordanian relations in the coming years. Some of the other agreements signed during the visit are an extension to the ones signed in October 2015 during the visit of President Pranab Mukherjee to Jordan, especially in the field of media and IT sector. Apart from these as much as twenty Indian textile companies have invested about US$300 million in Jordan.

Usually state level exchanges take place after a gap but in this case both the leaders met each other’s capital twice in the same month. Jordan providing the logistical support to Prime Minister Modi’s brief visit to Ramallah appeared to have played the worked in favour of early scheduling. King Abdullah described the Amman meeting, as the “beginning of a new chapter”.

In his public address on Promoting Understanding and Moderation King Abdullah stated that “today’s global war of terror is a fight by moderates of all communities against extremists whose faith is hate and violence”. He also flagged the plurality of the Jordanian society and the Jordanians belief and commitment to co-existence.

After decades of indifference and slumber, both are recognizing the value of the other. A meaning and timely implementation of the agreements signed during the King’s visit would be the first step in writing the ‘new chapter’ of the Indo-Jordanian relations. 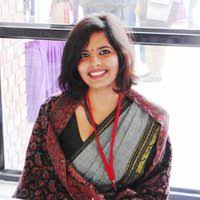 During his visit in the last week of December 2017, Jordanian Foreign Minister Ayman Al Safadi flagg.....

During his visit in the last week of December 2017, Jordanian Foreign Minister Ayman Al Safadi flagged the pos.....