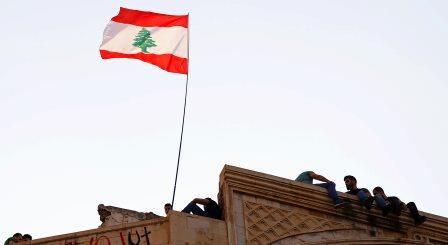 The general elections held in Lebanon on 15 May 2022 failed to determine a clear winner, thus ensuring no end to the political uncertainty. Over a month after the elections, President Michel Aoun finally tasked the caretaker Prime Minister, Najib Mikati, with the responsibility of forming a new government. Mikati was backed by 54 out of 128 parliamentarians. While Nawaf Salam, Lebanon’s former ambassador to the United Nations received 25 votes, 46 MPs abstained from naming any candidate.

The elections happened at a time when the country is in the midst of a major economic and sectarian crisis. The elections sparked a ray of hope among the people that it could perhaps bring in some relief from the economic hardships and corruption plaguing the country. The government’s proposal to increase taxes on WhatsApp, gasoline and tobacco in 2019, triggered widespread protests which have continued to occur intermittently since then.

The formation of a stable government was also crucial as it can secure support from the international community. The United Nations, United States, the International Monetary Fund (IMF) and Lebanon’s former colonial power, France, have time and again emphasised that their support is conditional on the political leadership undertaking economic reforms at the earliest.

Lebanon follows an open list proportional representation system to elect the 128 members of parliament for a four-year term. Its political system functions on confessional basis, which means that the key political positions such as that of the President (Maronite Christian), Prime Minister (Sunni) and Speaker of parliament (Shia) are reserved on religious and sectarian lines.

To form a new government, nationwide parliamentary elections were held on 15 May 2022. The voter turnout was recorded at nearly 50 per cent. The low voter turnout was surprising for many experts as they expected that protests and anger among the Lebanese citizens against the government will drive them to participate in the elections more vociferously.

The increase in the number of candidates (from 77 in 2018 election) and lists can be linked with the decision of former Prime Minister Saad Hariri to not contest the election, thereby providing space for independent and civil society list candidates to fight for the Sunni votes. Furthermore, political protests which have taken place in the country since 2019, gave rise to various local leaders entering the political scene, and have contributed to the increased number of candidates in this election.

The most surprising aspect of the election results was the decline in the number of seats of Hezbollah allies. Pro-Hezbollah independents and allies could secure only eight seats as compared to 15 in the 2018 elections. Although Hezbollah allies have lost their majority, the parliamentary seats of Hezbollah remain unchanged. This reveals a minor and temporary loss of popularity.

Lebanese Forces, a Christian political party, and its allies won 21 seats, up from 15 in 2018. President Aoun’s Christian Free Patriotic Movement and its allies also registered a fall in their support and secured only 18 seats as compared to 29 in 2018. In addition, Saad Hariri’s surprising withdrawal from the election adversely impacted the performance of Future Movement Party which could only secure seven seats in comparison to 20 in the previous parliamentary election.

With regard to Hezbollah, the election results also falsified the “predictions of mass voter desertion from the Shia camp” due to the economic meltdown. The improved performance of the civil society and activists also came as a pleasant surprise as they secured 13 seats, in comparison to one seat in the previous election (see Table 1). However, the gains of anti-Hezbollah opposition are insufficient to generate any major shift in the parliament.

What the future holds

There is no doubt that Lebanon needs a major economic and political overhaul to halt the ongoing systemic collapse, as has also been suggested by the UN, France and the IMF, time and again. However, large-scale changes cannot be expected from the new parliament. This is mainly because Lebanon’s traditional parties such as Hezbollah, Amal, Free Patriotic Movement and others are not ready to bring any major shift in their policy stance. They have constantly undermined the Lebanese economy by indulging in corrupt practices and financial mismanagement, which has resulted in a significant systemic degradation of the country. Furthermore, they have followed policies that have only benefitted the feudal warlords.

The parliamentary consultations to decide the new Prime Minister were held on 23 June 2022, over a month after the elections. On 29 June 2022, Mikati handed details of his government to President Aoun, which were leaked to the media. The media reports suggest that majority of ministers from his caretaker government have been included in the list of new ministers.

Notwithstanding the above, Lebanon is yet to witness the formation of a new stable government. Based on past experience, government formation process would not be easy and may take a lot of time. In addition, many experts feel that the new government will not help in reversing the country’s economic downturn. This is mainly due to the re-election of a majority of old political elites in the parliament, who were responsible for stalling political and economic reforms.

The current parliament is highly fragmented on the basis of diverse opinions held by various parties. Even those who favoured Mikati during the parliamentary consultations differ on issues such as maritime negotiations with Israel and relations with the Gulf countries. Thus, confrontations on foreign and economic policy and other political matters can be expected. This will result in major policy paralysis at each stage of decision-making and implementation.

Furthermore, Hezbollah’s presence in the government can potentially discourage Saudi Arabia from extending economic support to Lebanon. It is no secret that Lebanon’s relations with Saudi Arabia remain tense owing to the Iranian influence in the domestic and foreign policy of the former. Thus, it seems that the parties which have extended support to Mikati, have merely done so for the sake of forming a government, with no intention of introducing the much-needed reforms in the country.

Along with the imperative of improving the economic condition of the country, a stable government in Lebanon is also the need of the hour in order to determine its relations with the Gulf countries. The latter will keenly observe the extent of Iranian influence on the functioning of the new government, which has been a major sore point in Lebanon and Gulf countries’ relations, particularly with respect to Saudi Arabia.

Note:  This article was originally published in Manohar Parrikar IDSA on 18 July 2022 and has been reproduced with the permission of the author. Web Link 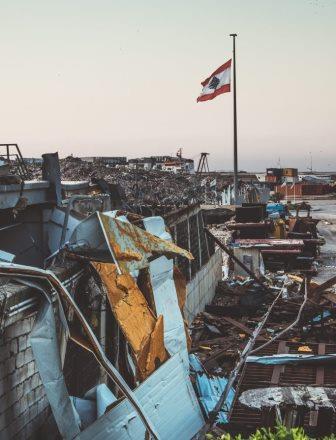 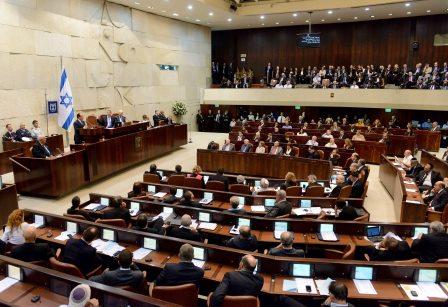 Israel has been suffering a political stalemate since November 2018, triggered by the sudden departu..... 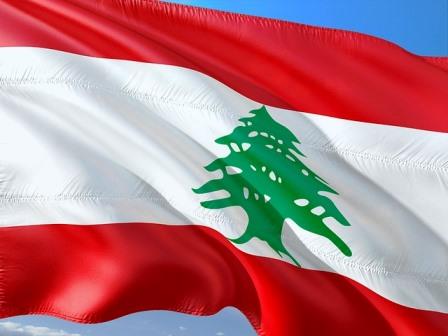 Lebanon has witnessed a wave of protests since October 2019. The critical rallying point for the pro.....