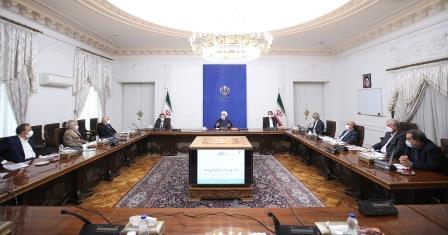 The Iran nuclear deal talks, revived in April 2021 after the election of President Joe Biden, have hit an impasse after eight rounds of ‘indirect talks’. When the last round was suspended this January, it was said that most technical issues have been agreed to, and the deal would be possible within the parameters of ‘political decisions’. It may be recalled that the Iran Nuclear Deal was revoked unilaterally by the US under President Donald Trump in May 2018, who called it the “most horrible deal ever”.

Spurring hopes, in the first week of February, the US restored a sanctions waiver to Iran, allowing Russian, Chinese, and European companies to carry out non-proliferation work at Iranian nuclear sites. On 22 February, Stephanie Al-Qaq, the UK Foreign Office’s director of the Middle East and North Africa department, suggested that the discussions in Vienna could be closed within days, stating, “now in the endgame of this negotiation. Time for us to conclude”. Similarly, Ali Vaez, Director of the Iran programme at the International Crisis Group, was quoted stating, “By next week, we should know if there will be a deal or not. Either breakdown or breakthrough.”

Just as there was an anticipation of the closure of the deal, the simmering crisis in Ukraine exploded into a full-blown war on 22 February, with Russia initially announcing and recognising the two breakaway regions in Eastern Ukraine as independent countries and thereafter launching a ‘special military operations’ in the early hours of 24 February. The war in Ukraine has thereafter taken centre stage and threatens to have major and direct repercussions on a possible nuclear deal with Iran.

The US, a key player in the deal, is caught in a political dilemma on how to proceed. With the disastrous pull-out from Afghanistan last year still fresh in the public mind and the Ukraine war testing its diplomatic skills and military patience, it would be difficult for the Biden Administration to be seen conceding more than domestically acceptable to Iran in the nuclear deal. In the midst of all this, there was a ray of hope when, on 16 March, two detained British-Iranians, Nazanin Zaghari-Ratcliffe and Anoosheh Ashoori, arrived back in the UK after a lengthy prison ordeal in Iran. Media reports suggested that the UK had repaid Iran a long-standing £400-million (US$520 million) debt, and it was seen as yet another reconciliatory step towards the elusive nuclear deal. However, the impasse has continued.

There seem to be two key sticking points; first is a sovereign American assurance sought by Iran that the US will not unilaterally revoke the deal in the future, and secondly, is the demand that the US should remove the Islamic Revolutionary Guard Corps (IRGC) off its list of foreign terrorist organisations. Unfortunately, the US is presently not ready to concede on both demands.

In a latest attempt, senior EU diplomat Enrique Mora met with Iran's top nuclear negotiator Ali Bagheri Kani in Tehran on 10 May, which the EU foreign policy chief Josep Borrell called "the last bullet" for breaking the impasse. Qatar, a major Non-NATO ally of the US, has reportedly thrown its hat in the ring with its Emir visiting Tehran two days later for talks with the leadership. However, a deal at this stage will require a major climb-down by Iran and the US, which looks unlikely amid the war in Ukraine.

India has so far not taken any position on the nuclear deal talks and is not a party to it. It has, however, repeatedly called for all measures to ensure peace and security in the West Asian region while maintaining the right of nations to use nuclear energy for peaceful use. Iran is an important nation in India’s neighbourhood, and the two countries shared boundaries until the partition of the subcontinent in 1947. Historically, Iran and India have been close as the Persian Empire and India shared close cultural, civilisational, and trade ties, but there have been ups and downs in the past few decades. In recent times, India and Iran have attempted to foster closer understanding. External Affairs Minister S Jaishankar attended President Ebrahim Raisi’s swearing-in ceremony in August 2021 and was also the first foreign dignitary to call on Raisi upon the latter’s confirmation as president in July and carried a letter from Prime Minister Narendra Modi. Chahbahar port is a good example for the Indo-Iranian trust and partnership, and both also share similar concerns over terror spill over from Afghanistan and collaborate over it. Iran is also critical to India in its connectivity with Central Asia.

During the earlier US sanctions on Iran over the nuclear issue, India and Iran evolved a barter system to avoid banking sanctions. Before it joined US-led sanctions on importing Iran oil in 2019, India imported approximately 10 percent of its crude oil requirements from Iran; indeed, in 2017-18, Iran was India’s third-largest supplier of crude oil after Iraq and Saudi Arabia. However, when the US withdrew from the nuclear deal and imposed economic sanctions, India was given a brief exemption until May 2019. However, the US sanctions kept Iran’s Chabahar port, which India was developing, out of sanctions as it was considered a key humanitarian lifeline to Afghanistan and Central Asia.

The nuclear deal talks have dragged on for over a year, and the ‘political decision’ required to finalise the deal looks difficult. The Ukraine war has split the world opinion and has exposed the fragility of many well-established norms and the non-viability of a rule-based world order. India has been vocal about exercising its strategic autonomy and taking decisions based on its national and security interests.

For India, a spate of recent developments in the Middle Eastern Asian region is encouraging. Iran and Saudi Arabia have held their fifth round of talks and seem positive about reconciliation. The ceasefire in Yemen is holding, while Rashad Al-Alimi, chairman of the newly established Yemeni presidential council, looks to find a peaceful solution to Yemen’s seven-year war and humanitarian crisis. UAE and Qatar have held talks with Iran, and there are reports of Iran’s President is likely to visit Oman soon. Under President Assad,  Syria has consolidated control and is positively disposed towards Iran. Saudi Arabia and the UAE, despite being key allies of the US, have declined requests by the US to scale up oil production in the wake of Russia’s war on Ukraine to lower the global oil price. On the other hand, Russian Foreign Minister Sergey Lavrov was recently received well in these countries.

The Ukraine war has highlighted the importance of India in global affairs, with several world leaders touching down in Delhi to seek interest and policy convergence. India has stood its ground on oil imports from Russia and abstained from numerous UN votes against Russia. Against this backdrop, India could reconsider its stand on oil imports from Iran while waiting for a nuclear deal and lifting sanctions. If the impasse continues, India could exercise its right to optimally secure its energy security and recommence oil trade with Iran. This would reinvigorate Indo-Iran ties, but the additional supply of oil may help bring down global oil prices, a critical factor in containing inflation and the booming import bill of India. An assertive and confident India should do what it needs to secure its national interests, and recommencing crude oil imports from Iran could be one of them. 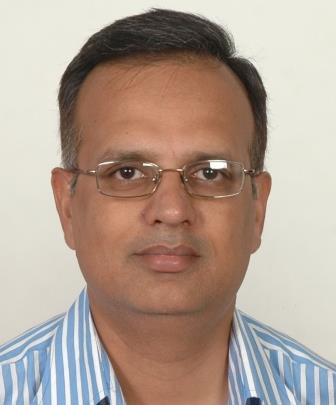 Col Rajeev Agarwal (Retd) is the Assistant Director at MP-IDSA New Delhi. He has formerly served as Director Military Intelligence, Research Fellow at IDSA and as Director at the Ministry of External Affairs.