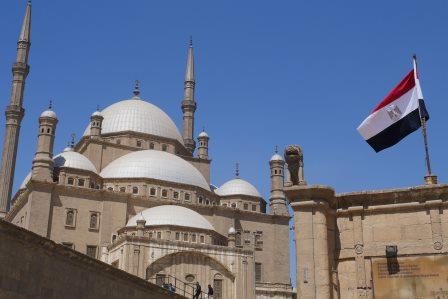 The Egyptian military has come to control a vast economic portfolio since Abdel Fattah el-Sisi became president in 2014, as I detailed in “Owners of the Republic: An Anatomy of Egypt’s Military Economy.” The military manages construction of one-quarter of all government-funded infrastructure and housing, builds industrial zones and transport hubs, produces capital goods, vehicles, consumer durables, and food, runs retail, media, and hotels, and extracts marble and minerals. Military representatives control use of state land and imports of foreign goods by government agencies, feed into policymaking in planning and development, manufacturing, telecommunications, digital transformation, rural development, and other sectors, and manage presidential funds and initiatives. These activities offer economic benefits, facilitating domestic and external trade, expanding housing and real estate markets, generating opportunities for domestic and foreign investment in industrial and agricultural projects, and providing affordable consumer goods.

So why should Egypt reconsider the military’s role in the economy? There are several reasons for this, which I present in my Carnegie paper, “Retain, Restructure, or Divest? Policy Options for Egypt’s Military Economy.” First, the military claims it is creating opportunities for the private sector. If this is true, then the Sisi administration should work in parallel to restore the civilian government’s ability to undertake this role fully, with the ultimate aim of retiring the military from such a task. After all, public and private civilian entities provide an overwhelming share of publicly-funded goods and services, and of overall production in all sectors of the economy.

Reversing the trend is important: In October 2016, then prime minister Sherif Ismail announced that the military would diminish its economic role over the following few years. Instead, the opposite has happened, with the General Intelligence Directorate and the Ministry of Interior launching additional commercial ventures. Paradoxically, presidential and government initiatives to modernize land and real estate registration, support small and medium enterprises, and expand the housing mortgage market demonstrate that removing constraints on growth lessens the need for using the military to spearhead development or develop economic sectors for private investment.

Second, the actual economic utility of the military’s public works, the cost-effectiveness of its manufacturing and business activities, and its contribution to state revenue are questionable. The fact that the military evokes national security to justify keeping the financial books for its civilian activities secret is worrying in a country that has a history of hiding losses and bad debt in state-owned enterprises. The International Monetary Fund (IMF) has recommended that the Egyptian state “enhance the transparency of state-owned enterprises, ensuring a level playing field for all economic agents, and removing bureaucratic obstacles to private sector development.” There is no reason for this not to encompass the military’s civilian activities.

Third, the acid test of arguments rationalizing the enormous expansion of the military economy lies in whether or not it contributes to mitigating Egypt’s longstanding inability to generate domestic savings and surplus capital. The lack of progress on increasing the volume of exports to a critical level and diversifying them remains a particular problem in this context. Economic recovery since 2017 has been driven by nontradables, including construction and real estate, along with their feeder industries (such as cement, iron and steel, aluminium, bricks, and glass) in which the military is heavily invested. This kind of speculative growth does not resolve the country’s chronic balance of payments problem, nor has it improved the trade balance, which has actually grown worse since 2016, when the government promised to undertake fiscal measures as part of its $12 billion loan agreement with the IMF.

The shortage of capital means that Sisi’s choices regarding investment priorities, and the accelerated pace of delivery he demands, have required a resort to massive domestic borrowing to finance Egypt’s megaprojects. This further squeezes credit for the private sector, which remains in what economist Ishac Diwan has described as a “deep state of coma.” A primary example of the tensions generated by the administration’s strategy of state-led investment is the largest single military-managed project by far: the construction of a new administrative capital at a first-phase cost of $25 billion. The military-controlled company that was established to manage the project relies on civilian real estate developers to attract customers, using their down payments to fund the commencement of actual construction. Yet it is this company, rather than the state treasury, that will receive the income from future sales, and that will control assets expected to be worth EGP3–4 trillion (equivalent to $191 billion–$255 billion).

Here lies the crucial argument for changing economic course: the Sisi administration’s capital-intensive strategy leaves the government increasingly reliant on inflows of foreign exchange, which it attracts by offering ever-higher interest rates coupled with a pegged currency and treating borrowed foreign exchange as an asset. It is exactly this kind of “financial engineering” that led Lebanon into financial meltdown in 2019, as political scientist Robert Springborg has graphically elaborated. Egypt has the means to manage its overall debt burden—roughly equal to its entire gross domestic product—so long as it’s Western and Gulf partners continue to inject new capital inflows. But it is highly vulnerable to external conditions that impact liquidity, such as rising interest rates in the United States and other leading economies. The risk of “Lebanonization” should drive economic redirection in Egypt, in which case the military economy will also have to be reshaped, because the entire economic strategy of which it is a part would have to be scrapped.