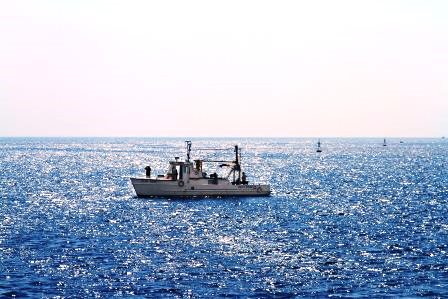 India joined the Jeddah Amendment to the Djibouti Code of Conduct as an observer state following a high-level virtual meeting held on 26 August 2020 and became part of the team of existing observer states consisting of Japan, Norway, the UK, and the US. It looks forward to working with the 18-member group towards coordinating and contributing to enhanced maritime security in the Indian Ocean Region.

Jeddah Amendment is a revised code of conduct adopted by the signatories of the Djibouti Code of Conduct in 2017. It emphasizes the adoption of national legislation to ensure effective protection of the marine environment and calls the signatories to cooperate for repression of transnational organized crime including terrorism in the maritime domain. It also insists on the adoption of security policies to safeguard maritime trade from unlawful acts and ensure safe operation of port facilities and other illicit maritime activities, including illegal fishing. Further, it urges the participants to develop a national strategy for the development of the maritime sector and a sustainable ‘blue economy’ for the generation of revenue, employment, and stability.

Jeddah Amendment advises the member states to provide assistance and technical cooperation for the effective implementation of the code of conduct. It stresses on enhancing training for the management of the marine environment, particularly for the maintenance of safety, security, and law and order at sea and aims to promote greater regional co-operation and enhance effectiveness in the prosecution of persons engaged in piracy and armed robbery against ships on the basis of mutual respect for the sovereignty and territorial integrity of member states. Jeddah Amendment builds on the Djibouti Code of Conduct adopted in 2009.

The Djibouti Code of Conduct was a regional maritime security cooperation agreement established by the International Maritime Organization and focused mainly on piracy and armed robbery against ships in the Western Indian Ocean Region, the Gulf of Aden, and the Red Sea. The signatories to the Djibouti Code of Conduct agreed to cooperate in the investigation, arrest, and prosecution of persons suspected of having incited, facilitated, or committed acts of piracy and armed robbery against ships.

The signatories agreed to unite for the interception and seizure of suspect ships and committed to working together for rescue and care of persons, ships, and property subjected to piracy and armed robbery. Djibouti Code of Conduct had decided to collaborate in shared operations with naval forces of countries outside the region and was aimed at promoting the implementation of relevant aspects of UN Security Council resolutions dealing with the piracy off the coast of Somalia. It took into account the UN General Assembly resolution 63/111 that concerning transnational organized crime at sea, illicit traffic in narcotic drugs and psychotropic substances, the smuggling of migrants and trafficking in persons, and threats to maritime safety and security.

India has been increasing its footsteps in the western Indian Ocean. India has joined the Jeddah amendment as an observer state when China has been making concerted efforts to expand its military influence in the Indian Ocean Region since its 2015 defense white paper called for a change of approach from near seas defense to far seas protection. Beijing recognizes the global strategic significance of the western Indian Ocean and has enhanced the capacity of its Djibouti Naval base to dock an aircraft carrier which will enable it to intervene militarily across the Indian Ocean.

Joining Jeddah Amendment will provide India an opportunity to cooperate on maritime security with countries of the Middle East and East Africa while safeguarding its own interests. The Gulf of Aden and Red sea that were of secondary significance for India as per the 2009 Indian Maritime Doctrine have become an area of primary importance for the Indian Navy as India is paying greater attention to developing relationships at the key entry points into the western Indian Ocean crucial for India’s push for regional connectivity and free and open Indo-Pacific.

Note:  This article was originally published in Air World Service on 18 September 2020 and has been reproduced with the permission of the author. Web Link 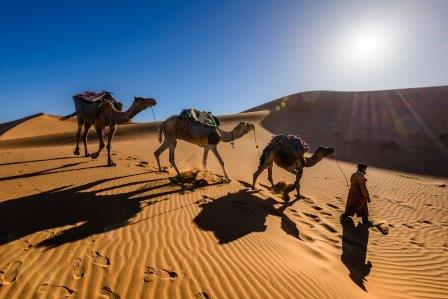