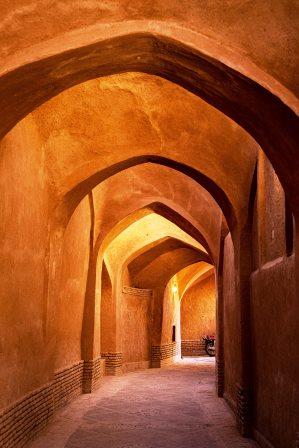 The COVID-19 outbreak has created a lot of concern among the Gulf Cooperation Council (GCC) countries. As of April 15, 2020, Saudi Arabia remains the worst affected country with 5369 confirmed cases and 73 deaths, followed by the United Arab Emirates (UAE) with 4933 cases and 28 deaths; Qatar with 3428 cases and seven deaths; Kuwait with 1355 cases and three deaths; Bahrain with 1528 cases and seven deaths; and Oman with 910 cases and four deaths[1].1 As the COVID-19 cases continue to rise, the key priorities for the GCC countries at this point are to contain the spread of the pandemic, maintain the flow of trade across their borders and  preserve their economies from adverse impacts.

The GCC countries have adopted several precautionary measures to deal with the pandemic. To contain the further spread of the virus, all these countries have suspended commercial flight operations, shut the government and private sector offices, closed mosques, educational institutions, and have declared curfews and lockdowns. They have been raising awareness among the people by establishing special helplines and through media including social media and the internet. The GCC has set up a ‘joint operations room’ for exchange of information and joint coordination of the fight against the pandemic.[2] As a result of these precautionary measures, the spread of the virus has been controlled to a significant extent.

The closure of the industrial and commercial activities because of the pandemic would certainly affect their economies. In their meetings, all the GCC member-states have decided to maintain seamless flow of cross-border trade in order to keep the supply of essential commodities intact at this difficult time. In order to deal with the immediate situation, all the GCC countries have announced financial stimulus packages to support their citizens, businesses and institutions.

In the Gulf region, Iran remains the worst affected country with 74,877 confirmed cases and 4683 deaths, as of April 15.[7] Saudi Arabia and Bahrain have alleged that Iran is responsible for spreading the virus in their respective countries, as it has not been stamping the passports of their nationals who are travelling to Iran. Iran has out-rightly refuted such allegations. For Saudi Arabia, “Iran bears direct responsibility” for the spread of COVID-19. It has stated that Iran not stamping the passports creates a health risk for all.[8] Similarly, Bahrain has accused Iran of “biological aggression” by not stamping the passports of the Bahraini nationals who visited Iran[9]. While Saudi Arabia and Bahrain have adopted an aggressive approach towards Iran over the spread of COVID-19, in contrast, other GCC member states such as Qatar, UAE and Kuwait have offered aid to Iran in the time of crisis. Omani officials too are in regular consultations with their Iranian counterparts. Such divergent approaches towards Iran over the spread of coronavirus shows the existing fissures in the organisation. On any other day, there would have been a strong and united condemnation of Iran by the GCC.

As a regional organisation, the GCC has been facing a lot of internal challenges especially since the boycott of Qatar by Saudi Arabia, UAE and Bahrain in June 2017. However, despite the existing differences, all the member countries have come forward together to fight the pandemic. At this unprecedented time, securing the health of the citizens, supporting businesses and the private sector and, at the same time, maintaining unity remains the key challenges and priorities for the GCC.

Note:  This article was originally published in Manohar Parrikar Institute for Defence Studies and Analyses (IDSA Issue Brief) on 16 April 2020 and has been reproduced with the permission. Web Link

[2] Gulf Cooperation Council, “The GCC Ministers of Health hold a Meeting via ‘visual communication’ to follow up the Developments on the Coronavirus COVID-19”, 14 March 2020 (Accessed 10 April 2020).

Dr. Prasanta Kumar Pradhan is an Associate Fellow at the Institute for Manohar Parrikar Defence Studies and Analyses (IDSA), New Delhi. He holds a doctorate degree from the School of International Studies, Jawaharlal Nehru University, New Delhi. Since joining IDSA in 2008, he has been researching on foreign policy, security and strategic issues in West Asia, and India’s relationship with West Asia and the wider Arab world. He is also working on the implications of Arab uprisings for the region and India. Email: pk.prasanta@gmail.com