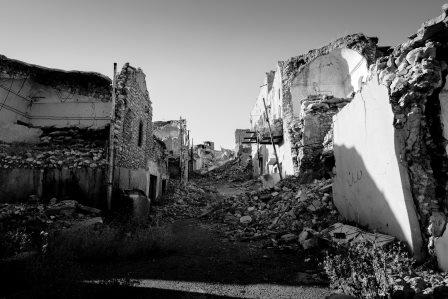 It took less than a month after losing its last bastion of Baghouz in Syria on 23 March 2019 for ISIS to hog global spotlight again with its deadly Easter Sunday attacks on 21 April in Sri Lanka, which killed 253 people and left over 500 injured.

Meanwhile, ISIS fighters also regrouped to launch several attacks in Syria and other parts of West Asia immediately after US-led forces wiped out the territorial Caliphate. In the latter half of April, ISIS militants killed over 50 soldiers of the Syrian military and allied forces in a series of attacks, just as its affiliates in Libya launched major offensives against Khalifa Haftar’s forces in Tripoli and in southern regions of the country. In Riyadh, a day after the attacks in Sri Lanka, ISIS tried to carry out an attack on a state security building but Saudi forces foiled the attack and arrested all 13 suspects.

Building on its notoriety, ISIS also launched a major public relations offensive by releasing a video of  Abu Bakr Al Baghdadi. Being off the grid for a long time, the sudden appearance of the self-styled ‘Caliph’ was intended to revive the demoralized ranks and supporters of ISIS and to find new allies and recruits across the globe.

The transnational terror group now seems to be shifting focus to its ISIS branches, or “provinces,” in Africa, Europe and more importantly South Asia. However, conditions in West Asia still remain conducive for a revival of its now defunct Caliphate.

Another troubling dilemma for governments around the world is the fate of thousands of ISIS fighters and families held prisoners in Syria and Iraq. About 40,000 of these prisoners are foreign fighters and their families who had come to join the Caliphate from as many as 80 nations.

The scale of the crisis is indeed enormous, with most of the prisoners being women and children. According to Robin Wright, distinguished scholar from the United States Institution of Peace, “The final battle for Baghouz began in early 2019. But neither the US-led coalition nor the SDF grasped the numbers of civilians who had ended up in the farming hamlet. Besides the fighters, another 74,000 family members, mainly women and children, surrendered and were transferred to a detainee camp in al-Hol. Of those, 65 per cent were under the age of 18; 23 per cent were under the age of five. Some of the wives of fighters boasted that they are breeding the next generation of ISIS militants for the next caliphate.”

The states of origin of many of these foreign fighters are reluctant to take them back. As there is scant evidence on whether they were involved in criminal activity, most states are wary of even putting these prisoners in their jails for fear they might radicalize the prisoners. In spite of criticism by certain human rights organizations, Britain and Australia have even scrapped the citizenship of nationals who had left their countries and lived in ISIS territories. Thus, these countries have not only abandoned the ISIS members, but also their children to permanent statelessness and indefinite detention, which worsens the humanitarian as well as the security hazard in the long run. British home secretary Sajid Javid has said that the passports of more than 150 such people have been cancelled by his ministry.

Even Iraq which has vowed to take back 31,000 of its citizens—ISIS fighters and families—is already struggling to cope with the over 20,000 ISIS members languishing in Iraqi prisons. In fact, the Iraqi government is alleged to be delivering ‘hasty and unfair justice’ to detained ISIS prisoners including children, sentencing hundreds to death after trials that are often completed within five to ten minutes.

There is also a big debate over the fate of children of ISIS fighters’ families who are dying of malnutrition and sickness in the camps of militias where many currently reside. The local militias running these camps say they cannot feed other countries’ citizens forever. Many women, like British teenager Shamima Begum have remained unrepentant about their association with ISIS. Shamima Begum has even justified to the media the 2017 Manchester Arena bombing, in which 22 were killed. Such cases have made accepting ISIS mothers and children for repatriation back to their native countries difficult for fear they may raise a new generation of terrorists.

As the dilemma of squaring human rights with security concerns related to families of ISIS members remains unresolved, thousands of fighters of the erstwhile Islamic State reportedly managed to escape from Iraq and Syria to fight another day. Many of these fighters are said to have entered Europe, Africa as well as South Asia (particularly Balochistan, Afghanistan, Maldives and Sri Lanka).

Amid these reports, comes the disturbing ISIS’ announcement on 10 May that it has opened its India branch or the so-called ‘Wilayah Al Hind’ in the state of Jammu and Kashmir. The news comes on the heels of another ISIS claim that it appointed a certain Abu Muhammed al-Bengali as its new emir in ‘Bengal’. The announcement carried with it a direct threat to carry out strikes in India and Bangladesh “If you think you have silenced the soldiers of the Khilafa in Bengal and Hind and you are certain about that then listen we men are never to be silenced ... and are thirst for revenge is never to be faded away (sic),” an ISIS poster released in Bengali, English and Hindi read.

With the end of the territorial Caliphate, ISIS has redoubled its efforts to carry out terrorist attacks across the globe and seems keen on increasing its footprint in populous countries, such as India. With US backtracking from its announcement to withdraw forces from Syria imminently, it is apparent that the strategy of capturing ISIS’ territorial Caliphate, without decimating the organization (its leadership and forces that now wait to fight again), has clearly turned ISIS into a more difficult, desperate and deadlier kettle of fish for international peace and security. 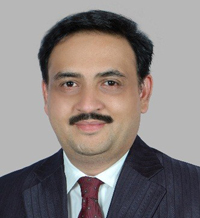 The recently signed Abraham Accords, which normalized Israel’s relations with the UAE and Bahr..... 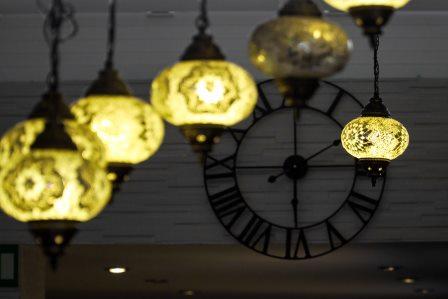 Idiomatically speaking, a ‘perfect storm’ refers to the deadliest combination of a multi.....