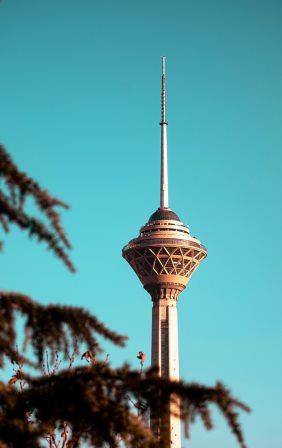 Prime Minister Narendra Modi is to be commended for taking the initiative in enabling a cyber SAARC summit on Sunday (March 15) to deal with the growing COVID 19 challenge. Leaders of all the SAARC (South Asian Association for Regional Cooperation) countries, barring Pakistan, which was represented by an official, were linked through video and the deliberations indicated high-level political resolve to deal with this pandemic.

Modi advised that “We can respond best by coming together, not growing apart - collaboration not confusion, preparation not panic”- a sentiment that was shared by all the SAARC leaders. In tangible terms, the participants were apprised that India was assembling a rapid response team of doctors and specialists, along with testing kits and other equipment.

Modi added: “They will be on standby, to be placed at your disposal, if required. We can also quickly arrange online training capsules for your emergency response teams. This will be based on the model we have used in our own country, to raise the capacity of all our emergency staff.”

The coronavirus has spread globally, albeit in an uneven manner and the death toll is rising on an hourly basis. It has crossed 7,000 (March 17) and there is deep concern that the community transmission graph will soon gallop by geometric progression.

Pandemics respect neither borders nor political groupings and the pattern of global travel has enabled a rapid spread of the virus. Thus, South Asia remains more vulnerable than other regions, given its demographic density and relatively modest public health infrastructure. Experts fear that the next few weeks may see a sharp spike in the number of infected persons across the region.

However, apart from the SAARC nations that have currently reported low figures, the one country in southern Asia that is reeling with mounting figures is Iran – a neighbour to both Pakistan and Afghanistan. Latest reports indicate that the death toll in Iran is closer to 1000 making it the third most affected nation after China and Italy by way of fatalities.

Regrettably, Iran is also under US-led sanctions and therefore international assistance that would have otherwise been available is a low probability. India has already brought back many of its own citizens who were stranded in that country and many more are awaiting similar help.

Speaking at the Sunday video conference, Bangladesh Prime Minister Sheikh Hasina suggested that "Health ministers of SAARC nations can hold video conferences to discuss specific issues related to COVID-19." It would be desirable to extend the scope of these deliberations to include Iran in the larger interests of regional cooperation and security.

Two senior officials of the Iranian government have already died from the Covid 19 infection and it is feared that almost 8 per cent of the Iranian parliament is infected. The community transmission index in Iran and the scale of under-reporting is feared to be much higher than what is currently in the public domain. The possibility that Iran will soon overtake Italy as a nation in crisis cannot be ruled out.

India and Bangladesh could consider pooling their expertise and resources under the $10 million fund that Modi has placed on the regional anvil and see how best Iran can be assisted at this juncture. Pakistan’s penchant to introduce a discordant note, as evidenced at the Sunday conference should not deflect the larger ethical policy objective – enabling regional security in an inclusive manner through “collaboration not confusion.”

Note:  This article was originally published in South Asia Monitor on 18 March 2020 and has been reproduced with the permission of the author. Web Link

Chitrapu Uday Bhaskar is one of India’s leading experts on security and strategic affairs and Director of the Society for Policy Studies (SPS), an independent think-tank based in New Delhi, India. Commodore Bhaskar has served in the Indian Navy for 37 years and retired from service in 2007. He was appointed as secretary to the Government of India’s task force on Global Strategic Developments. He has also served as Deputy Director in IDSA, New Delhi from 1996 to 2004 and also was the Officiating Director of IDSA from 2004 to 2005. He was the Director of the National Maritime Foundation between July 2009 and July 2011 and was the editor of Maritime Affairs and Strategic Analysis; a member of the editorial board of Contemporary Security Policy; Advisory Panel of the India Habitat Centre in New Delhi and United Services Institute. He frequently lectures at the National Defence College and other military colleges. He is a regular contributor to India’s leading papers like The Indian Express, Reuters, Dainik Jagran, The Economic Times and more. His recent work is on India’s Strategic and Security Concerns (2020). He has authored and edited several books, including Aircraft Carrier in the 21st century (2011); United Nations: Multilateralism and International Security (IDSA 2005); Emerging India: Security and Foreign Policy Perspectives ( IDSA 2005); Emerging Nuclear Proliferation Challenges (IDSA, 2005), and more. He has written extensively in journals and academic blogs on issues of nuclear and security.