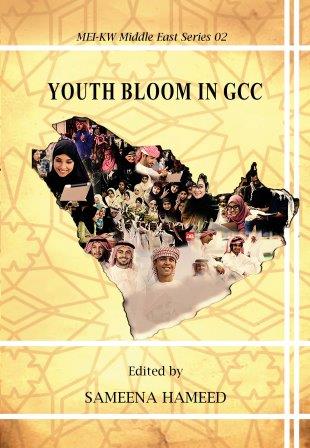 We in India always talk about the burgeoning youth population and harnessing the ‘demographic dividend’ by providing them the best opportunities to grow and take the country forward. To the west of our country, the countries of the Gulf Cooperation Council (GCC) are experiencing a similar ‘youth bulge’. This youthful energy can work wonders for the GCC countries but as highlighted by the Arab Spring in the wider Middle East and North Africa (MENA) region, if this youth suffers from lack of opportunities, it can also challenge the very foundations of the regimes. The rentier nature of the GCC states has further tended to exacerbate this situation over the years. To fulfil the youth aspirations, the GCC countries have brought policy documents which aim at transforming these rentier economies and thus, harnessing the youth potential. However, the buck doesn’t stop here. Add to this mix, the nature of the GCC governments affording little space for political expression, even more so for women. When the youth face these, it ends up throwing a number of questions. These are punctuated by the advantages of global connectivity, relative stability and wealth, among other factors. Thus, in this context, Sameena Hameed brings to us her edited volume Youth Bloom in GCC.

The volume comprises 14 chapters covering thematic issues and country case-studies. The introduction by the editor highlights the dominant macro-themes of concern for the youth and the efforts of the GCC states on these. These macro-themes are: youth and unemployment, women and their visibility, youth and skill development, youth and discursive politics, youth as social capital, social settings, youth development index and state policies. The ensuing chapters of the book orbit around the sub-themes of these macro-themes. P. R. Kumaraswamy gives the reader a conceptual understanding of who an Arab youth is in the second chapter. An important argument made here is that there are a number of variables through which the definition of an Arab Youth can be had. But the author is of the opinion that apart from age, all these are ‘subjective and elastic’. In relation to age, there are a multitude of definitions but the author argues for a clearer and narrower definition based on age to tackle and alleviate the problems facing the Arab Youth.

There are three country case-studies. Md. Muddassir Quamar evaluates Saudi Arabia’s Vision 2030 where he argues that although Saudi Arabia has carried significant reforms as demanded by the youth bulge, the historic social contract remains undisturbed. He highlights that as compared to the past reforms in the kingdom, desirability is the biggest change this time around. But he also cautions that there may be backtracking as has happened in the past due to opposition by ultra-conservative sections which calls for a deft balancing act on the part of the government. Melissa Cyrill looks at the UAE’s digital communities in relation to their social and cultural realms. She shows that even as internet adoption has increased manifold, the regime has been able to build on its traditional control of media to continue with stability and achieve its aims of development and prosperity through the internet. The relation of developments in the digital field to cosmopolitanism in Emirati society has been explored while the changes brought about in the cultural space have also been analysed. Rhea Abraham highlights digital governance and transformation of Bahrain. She presents a sketch of the Bahrani digital strategy along with its impact on the youth.

Three chapters have been devoted to technology and digitization which are going to be the drivers of the transformative changes for the GCC in the future. Rohit Sharma writes on fintech being driven by millennials in the GCC. He makes an important argument here that although the present drive in fintech is something revolutionary, the synthesis of technology with finance is not something new. He has explored fintech and Islamic banking. A notable point here is that although the millennials are short on financial literacy, the digital literacy makes up for it. Fintech has also given women their deserved space. Raahat Verma looks at the crypto ecosystem provided by the states in the GCC and the options it offers to the youth and the issues that come up with it. Contrasting the democratic nature of the crypto-assets with the closed regimes of the region, she writes, “The only thing that remains to be seen here is if financial democratisation will be enough for a population coming of age in the crypto era”. N Janardhan covers the gamut of emerging technologies along with tech-based start-ups in the context of economic and foreign policies of the states. Special attention has been given to China and Huawei. He argues that although digital transformation will be used for enhancing the political legitimacy of the regimes, it also corresponds to the desires of the tech-savvy youth.

Gender and women have been covered in three chapters under critical sub-themes. Priyanka Chandra offers a hermeneutical analysis of the narratives of change pertaining to women and sexuality in the Gulf. She has critiqued the oriental gaze and the cultural exceptionalism through which women of the region are looked at in the West. While dwelling on the plight of queers, she opines that their ‘invisibility’ poses peculiar problems of its own. Lakshmi Priya looks at art as a field for GCC women by looking at state policies to promote art and highlights a number of women and their stories in different sub-fields of art while impressing upon additional factors which have realised their aspirations. Priyanka Mittal’s chapter implores the reader to analyse the role of young Saudi women as cultural intermediaries by highlighting a number of women actively involved in raising issues in the society without challenging the state’s authority.

Political participation and popular politics by the youth have been covered by Nawar Kassomeh and M. H. Ilias. Kassomeh notes the steps taken by the governments in this direction including that for women, though once again, within the defined state structures. A major plus point on the part of Kassomeh is that he divides the GCC states into super-rentier and less-wealthy rentier which enables a better understanding for the reader and gives a sense why some regimes are more vulnerable. Ilias depicts how the wearing of Che Guevara T-Shirts and other symbols of popular politics make possible the entry of democratic notions in youth’s lives. Lastly, environmental issues have also been given their due by Prabhat Jawla. He notes how the youth are integral to activism related to climate change and other environmental initiatives. His level analysis of environmental concerns in the GCC makes for an interesting study.

Overall, the book highlights unemployment, digitisation, technology, political engagement and activism and increasing opportunities for women to be the most important macro-themes when it comes to youth in the GCC and their integral role to their countries’ futures. However, the survey has missed sports as an important theme to be explored for youth in the region which only finds sporadic mentions while the chapter on Bahrain tends to lose focus on youth where two-thirds of it covers the region as a whole and gives a general sketch on digitalization in the country only. In spite of that, the book is a valuable addition to the literature on a subject in the GCC which is often overlooked in the larger scheme of things like geopolitics and security.

Note:  This article was originally published in Financial Express on 31 May 2022 and has been reproduced with the permission of the author. Web Link 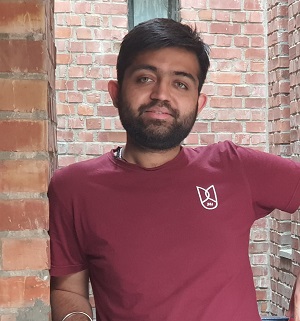 Abhishek Khajuria has completed his MA in International Relations and Area Studies from Jawaharlal Nehru University. Before joining JNU, he graduated from the University of Jammu in BA with history and economics as majors. He was a research intern for the Europe desk of the website The Kootneeti. His research interests lie in regional integration with EU economic integration in particular, European studies, Indian foreign policy, European powers in the Middle East, and electoral politics, among others. He can be contacted at abhishekkhajuria946@gmail.com